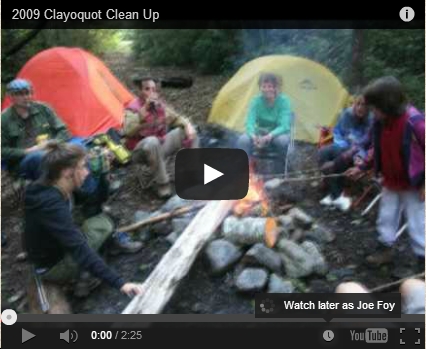 This is a short couple minute video about one weekend in September 2009 when a team of Wilderness Committee staff and volunteers did a "clean-up camp" at Ch'uuis Beach on Kennedy Lake in Clayoquot Sound.

This area is part of the Tla-o-qui-aht First Nation's Ha'uukmin Tribal Park, and we wanted to help out the Tribal Park folks. Shawn Quick from the Tribal Parks office came out to show us the work that needed doing. This weekend was part of the Great Canadian Beach Cleanup, which had projects across the nation.