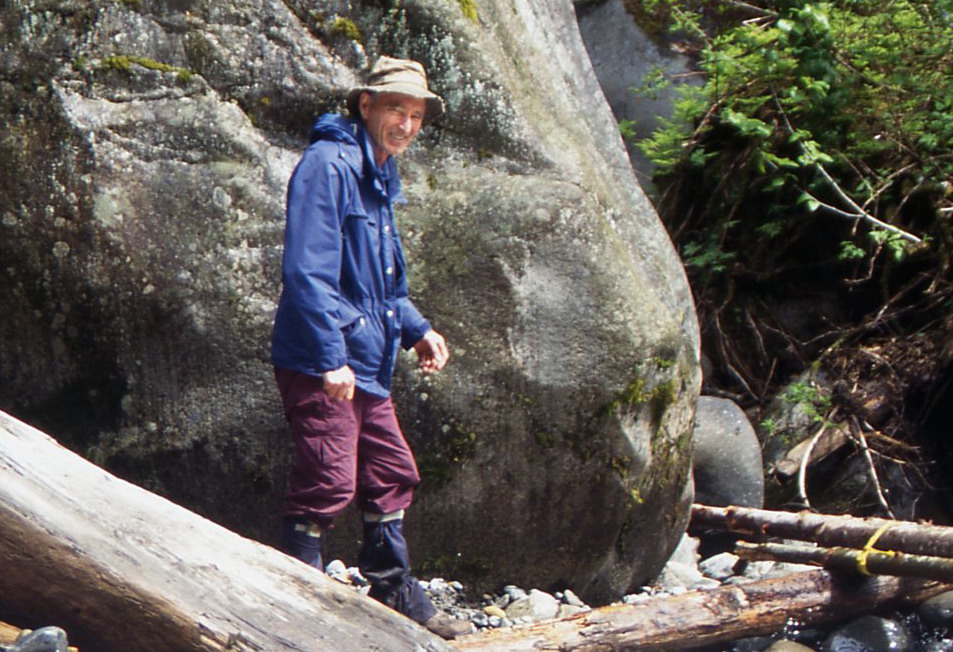 “Don Gillespie is a wonderful example of how effective volunteer work can be at protecting nature and leaving a legacy to future generations,” said Wilderness Committee National Campaign Director Joe Foy.

Gillespie, a long-time member of the Burke Mountain Naturalists, began his volunteer trail building on Coquitlam’s Burke Mountain three decades ago. He spent many days on Burke Mountain brushing out old logging trails and discovering new vantage points where people could enjoy the stunning views. Many of the area’s most popular trails – such as the Woodland Walk and the Coquitlam Lake View Trail – are trails he created.

In 1993, Gillespie helped blaze a hiking route from the Widgeon Valley through the DeBeck, Bull and Boise Creek Valleys north of Pitt Meadows. This entire 38,000-hectare region was eventually preserved as the Pinecone Burke Provincial Park, co-managed by BC Parks and the Katzie First Nation. This park is currently going through a public planning process.

In 1995, Gillespie joined a crew of Wilderness Committee volunteer trail builders to clear a trail through the Elaho Valley, north of Squamish. This area was eventually protected as a provincial conservancy, co-managed by BC Parks and the Squamish Nation.

In 1996, Gillespie was helping to set up a trail building camp on the west side of Flores Island near the village of Ahousaht in Clayoquot Sound. The resulting Wild Side Trail is considered one of the finest on the west coast of Vancouver Island.

Then in 2007, Gillespie was hard at work clearing trail on the Ghost Pass Trail east of Hope. The forest along the trail is spotted owl habitat and was in danger of being logged. Thanks in part to the trail building project, the area was eventually protected as a Wildlife Habitat Area, off-limits to logging.

“These days Don is involved in many nature-saving projects,” said Foy. “We are very happy he has taken the time out of his busy volunteer schedule to receive this award today.”