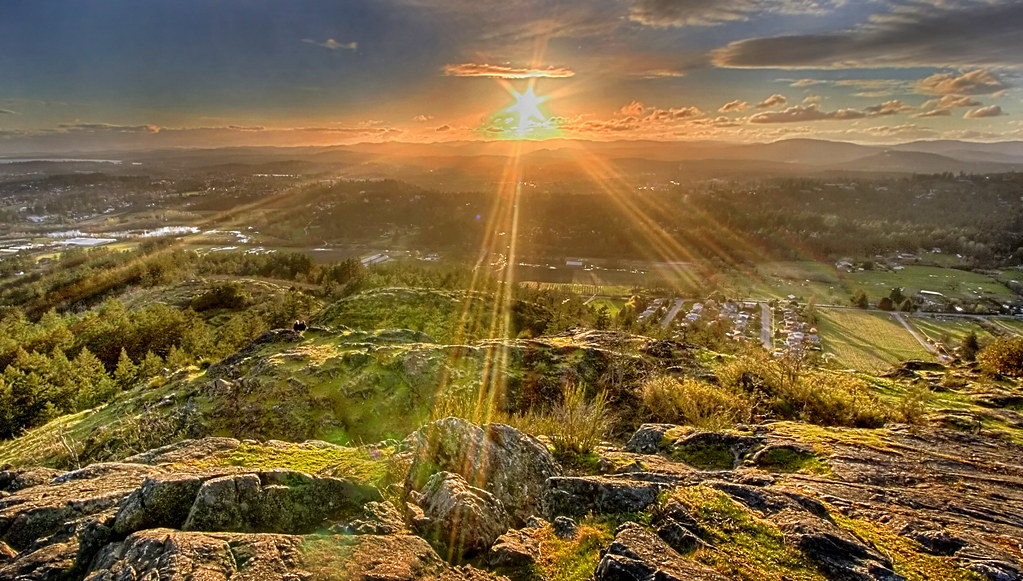 "Last Rays Over the Sooke Hills" photo by Harmenszoon van Rijn is licensed under CC BY-NC-SA 2.0

A bear scratching an itch on a tree and Roosevelt elk ambling through the forest.

Trail cameras installed in Sooke Hills Wilderness Regional Park by Gary Schroyen have captured these images that are rarely seen by the public.

Twenty years ago, Alison Spriggs fought to retain the park from development to protect the wildlife and environment, and she is opposed to the idea of any roads through the area.

“Over 100 square kilometers of wilderness right on the edge of the city, 30 minutes from downtown Victoria where we have bear, cougar, wolves, salmon streams,” Spriggs said.

But the Ministry of Transportation is looking at alternatives for the Malahat Highway. Significant closures in the past year of the Malahat are pressuring the NDP to act.

One option is the Niagara Main bypass, which would go through Sooke Hills Wilderness Regional Park. Another potential route would run through an area parallel to the watershed.

“They weren’t looking to build a full-blown road, they were talking about looking at an emergency road,” CRD Director Larry Seaton argued during a board meeting Wednesday.

“I think we have an amazing ecological asset in the Sooke Hills Wilderness Regional Park,” CRD Director Ben Isitt said.

“There is simply not social licence to put a road through the watershed,” CRD Director Lisa Helps said.

The board voted on two motions.  Those votes mean the CRD is on record opposing any highway infrastructure through Sooke Hills Wilderness Regional Park. And it’s opposed to any highway development in the watershed, or the watershed buffer zone.

Wilderness Committee campaigner Torrance Coste is pleased with the decision by the board.

“That makes it a lot harder for this government to force through a highway through the Sooke Hills. They may try. But it’s going to be a lot more difficult after these motions today,” Coste said.

While the provincial government is not bound by Wednesday’s vote, CRD chair Colin Plant said it makes it more difficult.

“If the province wants to overrule that decision, I think there will be a lot of difficulty with the local governments, and the citizens of this region with that decision,” Plant said. 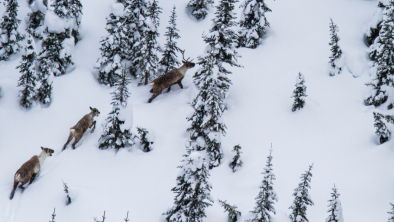