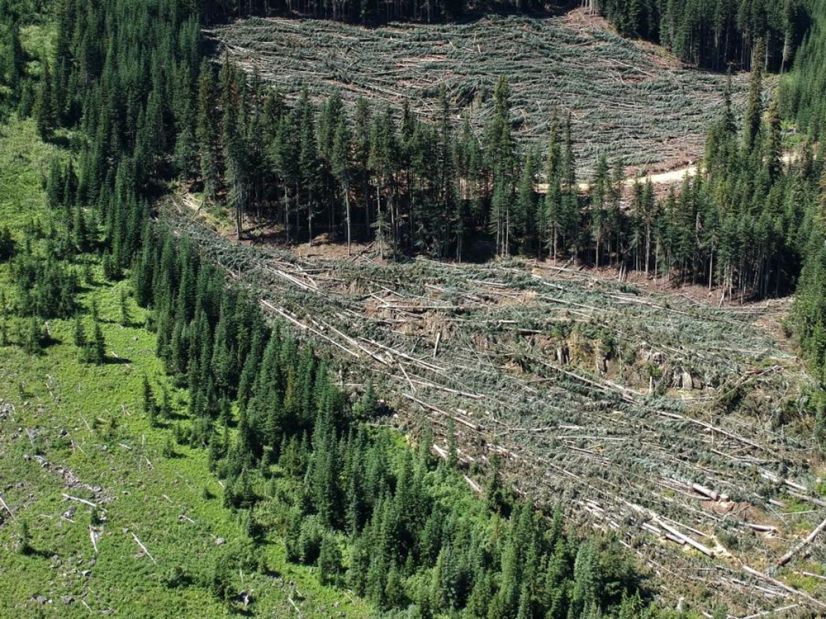 Environmental groups on both sides of the Canada-U.S. border are calling on the B.C. government to deny an application by Imperial Metals to explore for minerals in an area on the edge of Manning Park.

The mining company behind the Mount Polley mine disaster has applied for a five-year permit to drill for mining deposits in an area known as the “donut hole” between Manning and Skagit Valley Provincial Parks, according to a document submitted to the B.C. Ministry of Energy, Mines & Petroleum Resources.

The company is proposing to drill one or two two-kilometre deep “mother holes,” with either settling ponds or a water-recycling machine to deal with drill cuttings, along with access roads, air strips and boat ramps. The area is believed to contain gold and copper.

In 2014, a tailings dam at the company’s Mount Polley mine broke, sending 24 million cubic metres of mining waste into waterways, including Quesnel Lake, the migratory pathway for more than one million sockeye salmon.

Environmental groups say the company’s record should prompt the B.C. government to deny the permit for exploration of the donut hole, an area that was excluded from Manning and Skagit Valley Provincial Parks because of mining claims that would have had to be expropriated.

The Skagit Environmental Endowment Commission has been negotiating with Imperial Metals to acquire the mining claims in the area for several years. The international commission was created in 1984 as part of the Skagit River Treaty, which saw Seattle halt plans to build the High Ross Dam and flood parts of the Skagit Valley in return for B.C.’s sale of equivalent power to the city. The mandate of the commission, which is made up of four members appointed by the B.C. premier and four by Seattle’s mayor, is to work to conserve the watershed, enhance recreation and acquire lingering mining and timber rights.

Wilderness Committee director Joe Foy said the government allowed logging in the area last year despite the Endowment Commission’s mandate and the concerns of both environmental groups and the mayor of Seattle. This time, however, he’s hoping it will “honour the spirit and intent” of the treaty that helps to protect the area.

The official public consultation period for Imperial Metal’s project ended in May, but the government has indicated  it will continue to accept comment, said Foy, adding a decision is expected by the end of summer.

“This application is for an area that sits in the middle of one of the largest and most important protected areas in North America,” he said. “It makes no sense for the government to grant a five-year industrial permit.”

The “donut hole” is home to a number of endangered species and is key to recovery efforts for both grizzly bear and spotted owl. A small stream near the proposed drilling site runs into the Skagit River, which is among the top salmon-producing rivers for the Puget Sound.

“We’re dealing with a company that’s caused so many problems in another pristine waterway,” Foy said. “The B.C. government needs to be very clear that this is an area that needs to be protected.”

Postmedia was unable to reach Imperial Metals for comment on the weekend. In March, Imperial Metals CEO Brian Kynoch told the Seattle Times the company needed to explore to see where its Skagit Valley holdings fit into overall plans. Exploratory drilling could provide information for negotiations with the Endowment Commission, or represent the beginning of the process to site a mine, according to the Seattle Times article.

In March, Seattle Mayor Jenny Durkan issued a statement saying the city was concerned about proposed mining, which would threaten the environment, salmon recovery and the health of the watershed.