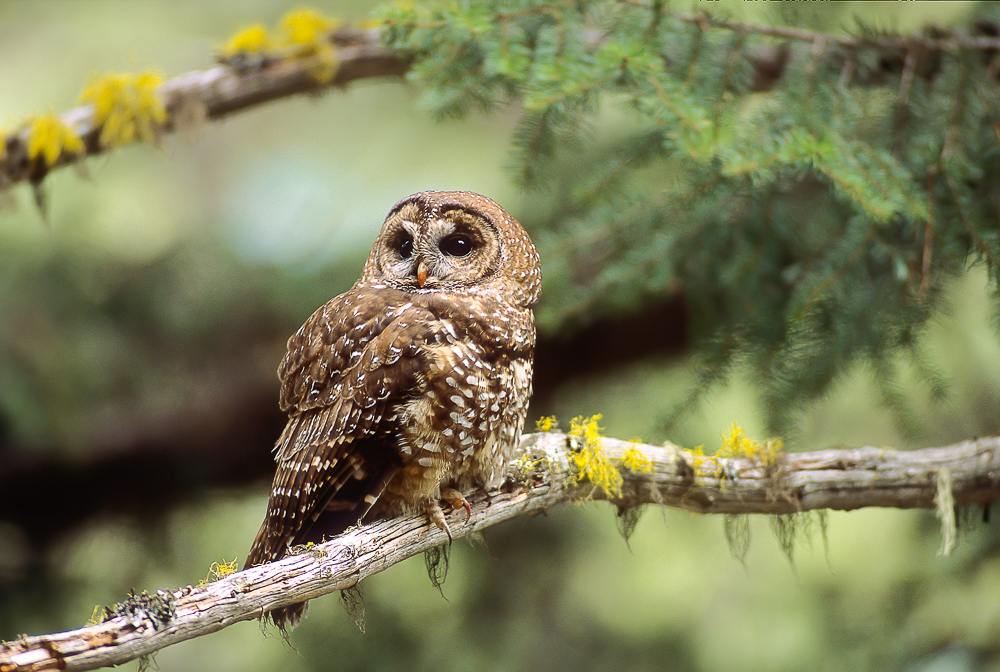 As a UN report finds nature declining globally at unprecedented rates, Canadian groups call for plan to protect old-growth forest habitat for owls reduced from 1,000 to fewer than five in the wild

With only a handful of spotted owls left in B.C.’s wild, a national conservation group is demanding that federal Environment Minister Catherine McKenna step in and produce a long-overdue habitat action plan to help save the iconic species from Canadian extinction.

In a letter sent to McKenna on Wednesday, the environmental law charity Ecojustice, acting for the Wilderness Committee, called on the minister to take action following decades of “mismanagement” by the B.C. government, which has prioritized logging in the owl’s habitat over legally required protections, according to an expert report.

“We’re saying ‘enough is enough,’” Ecojustice lawyer Kegan Pepper-Smith told The Narwhal. “This is about ensuring another step towards adequate protection for the owl.”

The demand letter comes as biologists at an experimental Lower Mainland breeding facility for the northern spotted owl tend three newly hatched chicks, in the hopes of adding to a captive population they hope will one day be robust enough to allow for the release of individuals into the wild. The successes and challenges faced by the breeding centre, the only one of its kind in the world, were documented last year in a feature published by The Narwhal.

The letter to McKenna follows the release of an ominous UN report on biodiversity that found nearly one million plant and animal species around the world face extinction due to human activity.

The report — compiled over three years by 145 expert authors from more than 50 countries — concluded that nature is declining globally at rates unprecedented in human history, with grave impacts for people everywhere.

“The health of ecosystems on which we and all other species depend is deteriorating more rapidly than ever,” said Sir Robert Watson, chair of the Intergovernmental Science-Policy Platform on Biodiversity and Ecosystem Services (IPBES) that put together the report.

“We are eroding the very foundations of our economies, livelihoods, food security, health and quality of life worldwide.”

Among other notable findings, the report concluded that the current rate of extinction is double to hundreds of times higher than the average over the past 10 million years. That rate is accelerating, with many at-risk species facing extinction within decades.

Scientists say we are in the midst of the planet’s Sixth Great Extinction. Close to 700 vertebrate species have already been driven to extinction by human actions since the 16th century, according to the UN report, released on Monday.

The primary threat to the spotted owl is the loss and fragmentation of its habitat —  mainly comprised of old-growth forests of Douglas fir, western hemlock and western red cedar — in southwestern B.C., the only place it is found in Canada.

Commercial logging, regulated and approved by the B.C. government, is the principal cause of habitat destruction and fragmentation for the raptor, which feeds on flying squirrels. Spotted owl populations in the province have plummeted from an estimated 500 pairs historically to only a few individuals in the wild at last count.

“The unfortunate reality is their old-growth habitat has overlapped with the epicentre of human settlement and old-growth harvesting throughout B.C.,” said Pepper-Smith. “As the forests have gone so have the owls.”

The spotted owl has been listed as endangered under the federal Species at Risk Act (SARA) since 2003, requiring Ottawa to take action.

A 2006 federal recovery strategy for the spotted owl committed to producing an action plan within a year that would fully identify the raptor’s critical habitat and activities likely to cause destruction to it.

But documents made public through a subsequent court case reveal that the B.C. government told the federal government it would produce that habitat action plan, Pepper-Smith said.

“And here we are 12 years later. We know now that was never completed. There was no critical habitat identified for the owl. And, in fact, the B.C. government has maintained much the same approach as they did in the 1990s and throughout the 2000s — piecemeal, inadequate protection throughout the spotted owl’s range.”

Pepper-Smith said the demand letter had not been sent earlier because both organizations have been working on other pressing issues.

“The unfortunate reality is that we both, as non-governmental organizations, have limited resources.”

B.C. has the greatest number of species at risk of extinction in all of Canada, yet is one of the few provinces without a stand-alone law to protect endangered species.

The provincial government promised to introduce a law to protect B.C.’s 1,807 species at-risk, and instructions to enact endangered species legislation were included in Premier John Horgan’s

But following a recent backlash about draft agreements to protect B.C.’s imperilled southern mountain caribou herds — based in part on fears that habitat protection will lead to job losses, particularly in the forest industry — the government is backpedalling on its pledge, leaving scientists gravely concerned.

In response to the Ecojustice letter, the B.C. government said it has allocated $400,000 in annual funding over the past five years “to help this important species recover.”

The funds have supported the captive breeding program, field research and inventories, and new technologies for monitoring and conducting habitat assessments, according to an emailed statement from the ministry of forests, lands and natural resource operations.

The ministry said 303,850 hectares of forests are protected within provincial and regional parks, Greater Vancouver watersheds and wildlife habitat areas. About 66 per cent of that land consists of old and mature forests, which the government described as “preferred by the spotted owl.”

The expert report, written by B.C.’s leading spotted owl biologist, Jared Hobbs, found that spotted owl recovery in B.C. is still technically and biologically feasible. It noted, however, that the province “will face several significant logistical, societal and economic challenges.”

Hobbs, a scientific advisor for the B.C.’s spotted owl recovery team from 2002 to 2006, found that recovery actions need to be implemented more “conservatively” with regard to timber harvest in spotted owl habitat and with “strict adherence to scientific principle.”

They also need to be implemented “without delay for improved habitat protection” if the province is committed to successfully recovering spotted owls in B.C., his report said.

Joe Foy, co-executive director of the Wilderness Committee, pointed out that the U.S. has allocated four million hectares for spotted owl protection.

Canadian protection efforts have been “dismal” by comparison, Foy said, noting that only 218,350 total hectares of suitable habitat has been protected and the B.C. government continues to allow logging in old-growth forests suitable for spotted owls.

“This despicable state of affairs must stop now,” Foy said.

The UN report found that human actions have significantly altered three-quarters of the land-based environment and about two-thirds of the marine environment, with grim consequences for all life on earth.

Nature managed by Indigenous peoples and local communities is under increasing pressure but declining less rapidly than elsewhere, the report discovered.

The authors found that the global response to the biodiversity crisis is insufficient and that “transformative changes” are needed to restore and protect nature. However, they said it is not too late to make a difference if opposition from vested interests can be overcome for the greater public good.

The Wilderness Committee requested that McKenna let it know by June 30 of steps taken to produce a habitat action plan and that the plan be developed by the end of this year.

“Obviously we’d like her to see the urgency of this matter and react quicker than that,” Pepper-Smith said. “But we understand that there are other species out there who require action.”

He said it would be “completely unacceptable” for McKenna’s ministry to defer to the B.C. government once again.

“The evidence is in the forests with how few owls remain out there.” 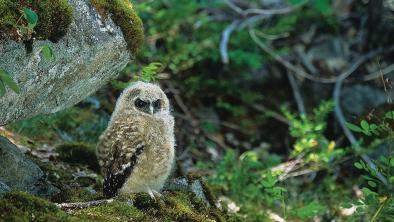