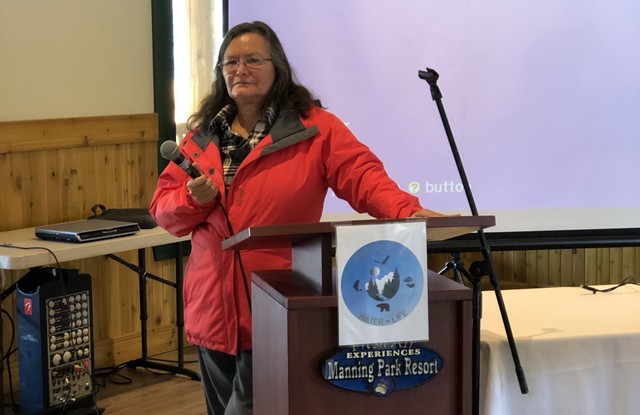 Delegates from 20 First Nations met last week in Manning Park to discuss opposition to a proposal by Imperial Metals to probe the unprotected area between Manning and Skagit Provincial Parks for copper and gold.

“There are multiple bands that share overlapping territories and it is all unceded territory,” said Sol Allison of SOS Watershed, a group that’s been conducting baseline water testing in the area.

Hereditary chiefs from both the Upper and Lower Similkameen Indian Bands attended the meeting, as well as the Sto:lo out of Chilliwack — all which claim the area as their traditional territory.

After two days of meetings on Oct. 23 and 24, the 20 First Nations issued a brief statement voicing their opposition to the proposed work.

Former Xatsull Chief Bev Sellars travelled to the meeting to speak about the 2014 Mount Polley disaster and its impact on her First Nation near Williams Lake. The fact that Imperial Metals, the owner Mount Polley, is behind the proposed mining work in the donut hole has caused significant concerns for environmentalists and First Nations.

The 5,800-hectare “donut hole” between Skagit Valley and Manning Provincial Parks was left unprotected when Skagit Valley became a provincial park in 1996, due to mineral claims dating back to the 30s.

The area is within the headwaters of the Skagit River and is protected somewhat by the 1984 Canada-U.S. High Ross Treaty. The treaty ended decades of negotiations sparked by the Seattle electricity utility’s plan to raise the water level behind Ross Dam, which would have flooded 5,000 acres of B.C. farmland and recreation space in the process.

Under the treaty, Seattle agreed to not raise the dam for 80 years in exchange for purchasing power from B.C. at a discount and to have wildlife habitat and integrity of the watershed protected.

The cross-border organization responsible for overseeing the treaty, the Skagit Environmental Endowment Commission, has been vocally concerned about the work and had members phone into the meeting.

Environmental groups in the United States have also been vocal in their opposition to the project, as has the Union of B.C. Indian Chiefs.

Last week the B.C. NDP tabled legislation to adopt the UN Declaration on the Rights of Indigenous Peoples, which will enshrine "free, prior and informed consent" of First Nations in law when it comes to natural resource projects.

Public consultation on the mining work closed in May. There is no indication as to when the province will announce its decision on the proposal. 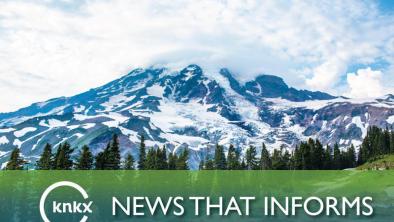