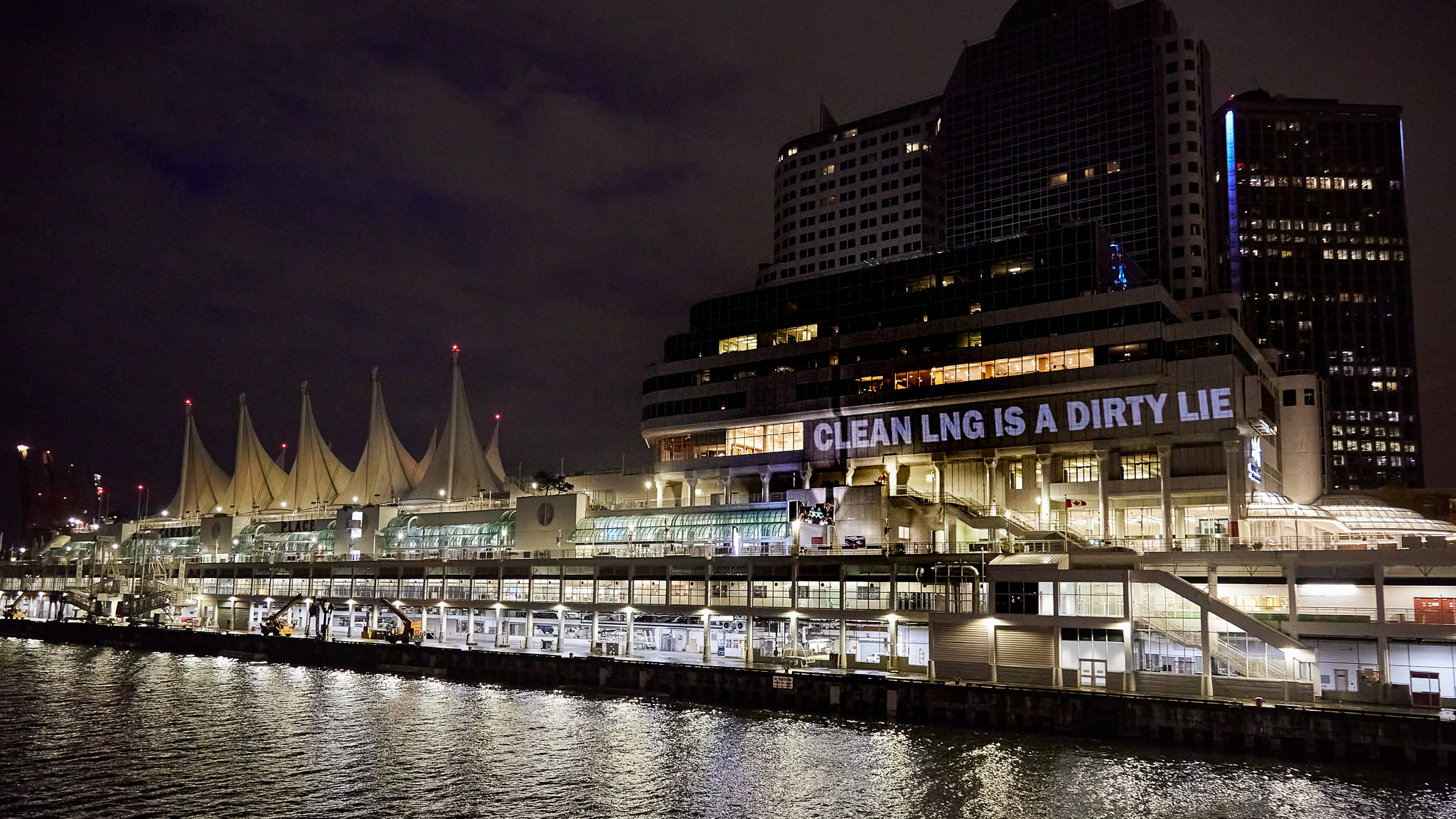 We did a cool thing!

Before first light this morning, we set up a high-powered projector across the water from Vancouver’s iconic Canada Place convention center to send a message: Clean LNG is a dirty lie because fracking cannot be clean.

But we all know fracking is a huge source of the worst carbon pollution — methane.

Fracking produces most of BC’s methane emissions, a gas that’s responsible for a quarter of the warming we’ve experienced so far. Deadly climate disasters we’ve been through this past year are only going to get worse until we stop burning fossil fuels — fracked gas included.

With the help of our friends at Stand and Dogwood, we used this despicable example of greenwashing to draw attention to the provincial government’s failure to reign in its most polluting industry.

We couldn't have done it without the help of all our supporters.

Turns out it costs a lot to rent a projector powerful enough to light up the side of a building 100 metres away. And we’ve got big plans to grow the movement to end fracking in BC this year. Could you chip in $20, $50 or $100 to help us challenge the provincial government’s failed climate policies and reign in the fracking industry once and for all?

We sure appreciate any support you can offer. We’ve got a long fight ahead of us — thanks for being a part of it. 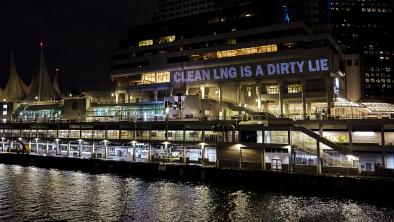