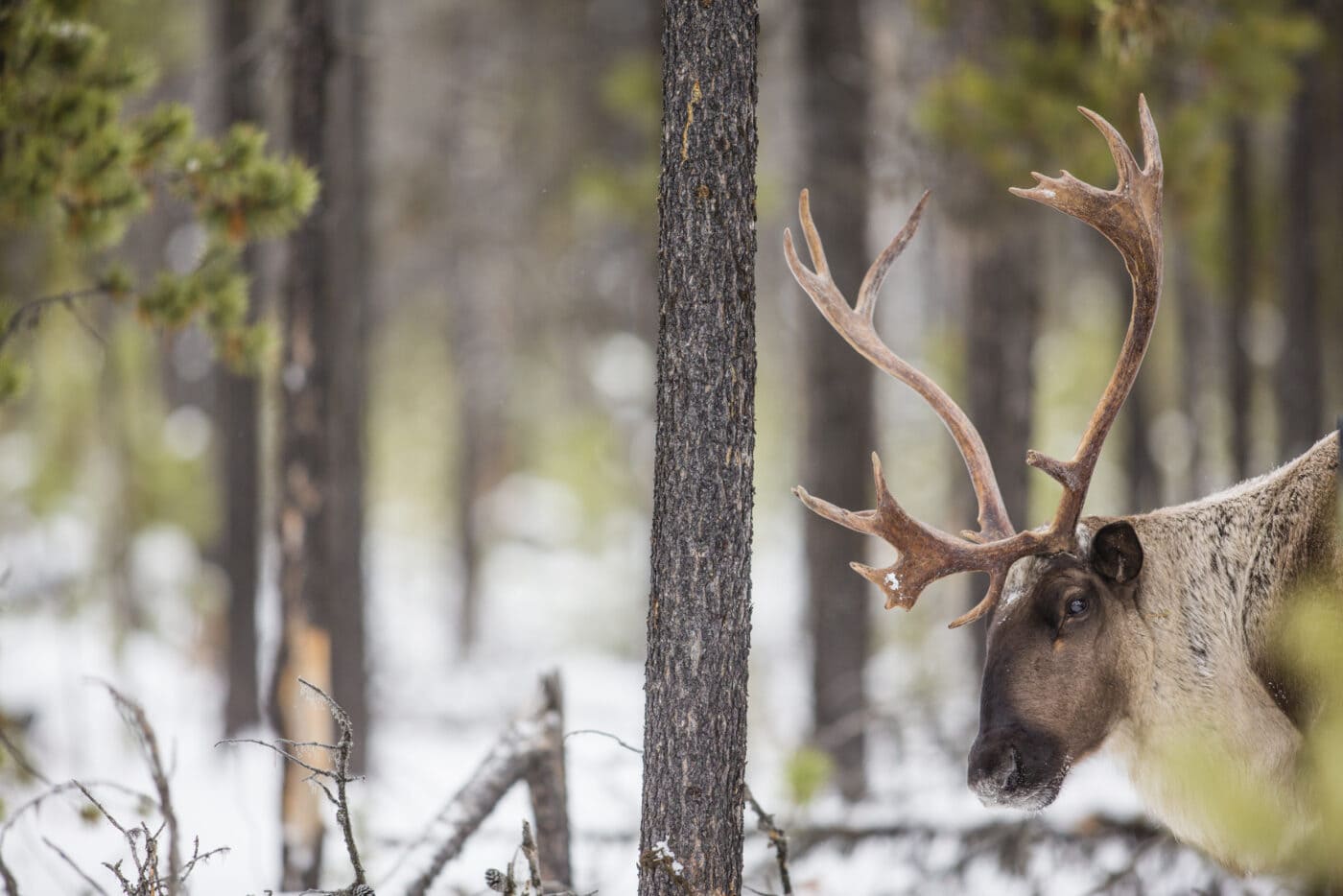 The area that was slated for logging overlapped with federally designated critical habitat for the Columbia North caribou herd, the largest herd remaining in the Kootenays. Photo: David Moskowitz

Plans to log a rare old-growth forest in critical caribou habitat are on hold following public outcry. Now, conservation groups are calling on the province to finish the job and remove the remaining cutblocks in the Argonaut Valley from auction

The B.C. government has backed away from plans to log critical habitat for an endangered caribou herd in an old-growth valley north of Revelstoke, following a backlash from conservation groups, scientists and the public.

Charlotte Dawe, conservation and policy campaigner for the Wilderness Committee, said the government agreed to halt most proposed logging in the Argonaut Valley until the planning process for the deep-snow Columbia North caribou herd, the largest herd left in the Kootenays, is complete.

“This is a huge win,” Dawe told The Narwhal.

“This is a direct testament to the power of people taking action to protect caribou habitat and old-growth forests.”

BC Timber Sales, the government agency responsible for auctioning off logging permits, had planned 14 cutblocks in or near Argonaut Creek, which is part of the rare inland temperate rainforest, one of B.C.’s most at-risk ecosystems.

Twelve of the cutblocks overlapped federally designated core critical habitat for the Columbia North southern mountain caribou herd. The herd, which has 147 animals, is widely considered to be the Kootenay-area caribou population with the highest chance of persisting in the long term.

In preparation for logging, BC Timber Sales punched a five-kilometre road through the old-growth cedar and hemlock forest around Argonaut Creek, one of the last remaining unlogged valleys in the area.

Dawe said the agency has now suspended plans to auction off 11 cutblocks — an area totalling 276 hectares — and build 10 more kilometres of road into the remote area, 100 kilometres northeast of Revelstoke in the Northern Selkirk mountains.

Conservation groups only found out about the change in plan when they noticed the cutblocks had been removed from the government website and began to ask questions, she said.

“These blocks could have been auctioned off and approved at any minute. And once they’re approved, they’re incredibly hard to stop. So now we know those blocks are not on the docket for planning. They’re basically not even on the table at all.”

Dawe said more than 3,000 letters were sent to elected officials asking them to stop Argonaut Valley logging, after conservation groups drew attention to the harvesting plans in September.

“I had people contacting me from all over the province wanting to stop this, asking what they could do. … Everything moved very quickly. We demanded that the government listen to us, and they did. I think they got really sick of emails in their inbox.”

But three Argonaut Valley cutblocks, totalling 63 hectares, are still slated to be auctioned off, and one cutblock is in critical caribou habitat, Dawe said.

“These are still in the planning phase. They have not been claimed by any company to log, so the government is still able to remove those from the plans as well. It does not make sense for them to log these ones,” she said.

Dawe said the government should remove the remaining three cut blocks from auction “and call it a day.”

Tyler Hooper, public affairs officer for the Ministry of Forests, confirmed that the government has suspended harvesting operations in the Argonaut drainage in response to concerns about planned logging and road building.

The suspension will “allow for further assessments about how harvesting activities might affect caribou in this area,” Hooper said in an emailed response to questions.

“This assessment is ongoing and no further timber harvest activities will occur in the area while the assessment is underway,” he said, adding that the government will continue to monitor the caribou population near the Argonaut drainage as part of caribou herd recovery efforts.

Dawe described the process and timeline for caribou herd planning as vague, noting that conservation groups have asked the government for more clarity.

Wilderness Committee, Wildsight, the Echo Conservation Society and other groups are also calling on the government to rehabilitate the five-kilometre road that BC Timber Sales built in the Argonaut Creek drainage.

Like other mountain caribou, the Columbia North herd depends on nutritious lichen found on old-growth trees. In October, biologist Rob Serrouya told The Narwhal that approval of the 14 cutblocks would result in the destruction of 300 hectares of “high-quality summer and early-winter habitat” for the herd.

Five of the 14 cutblocks were poised to be auctioned off in the near future, while long-term development plans would see most of the Argonaut drainage roaded and logged.

Since 2006, five Kootenay caribou herds have become extirpated, or locally extinct, including the South Selkirk and Purcells South herds, which winked out last year following years of decline.

The three other remaining Kootenay caribou herds — the Central Selkirk, Frisby-Boulder and Columbia South populations — are struggling to survive, with only 26, 6 and 4 animals, respectively, according to 2020 data from the B.C. Ministry of Forests, Lands, Natural Resource Operations and Rural Development.

Human disturbances, including road building, logging and oil and gas development, have destroyed or fragmented caribou habitat and given natural predators such as wolves easy access to herds, with disastrous consequences for once-robust populations in B.C. and elsewhere in Canada.

Unlike six other provinces, B.C. does not have stand-alone legislation to protect caribou and other endangered species. The NDP government promised to enact such legislation during the 2017 election campaign — a pledge upheld in Premier John Horgan’s first mandate letter for Environment Minister George Heyman. But, once elected, the party reneged on its commitment.

The government’s about-face comes as new information about the province’s 48 caribou herds highlights their perilous status and scientists around the world warn we are witnessing the sixth mass extinction event in the planet’s four-billion-year history. Scientists estimate as many as half of all species may be headed toward extinction in the next 30 years, largely due to habitat destruction.

News of the Argonaut Creek logging suspension follows an election campaign promise by the NDP to implement all 14 recommendations made by a strategic old-growth review panel, which called for a paradigm shift in the way the province manages old-growth and said all recommendations should be implemented within three years.

Among other findings, the panel said old forests are not a renewable resource and should be managed for ecosystem health.

Foresters Al Gorley and Garry Merkel, who headed the panel, recommended the B.C. government immediately defer development in old forests “where ecosystems are at very high and near-term risk of irreversible biodiversity loss.”

To view the original article published by The Narwhal please click here. 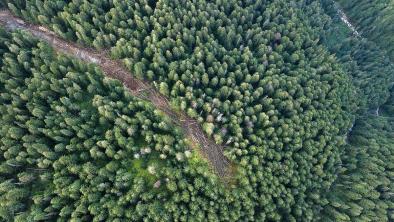 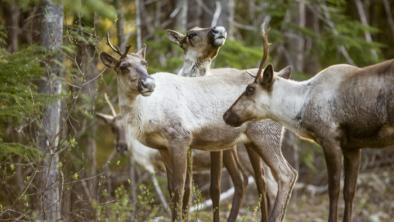 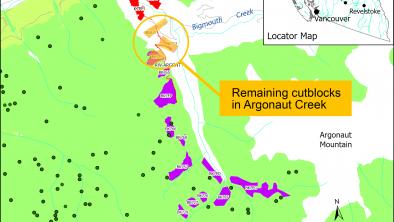