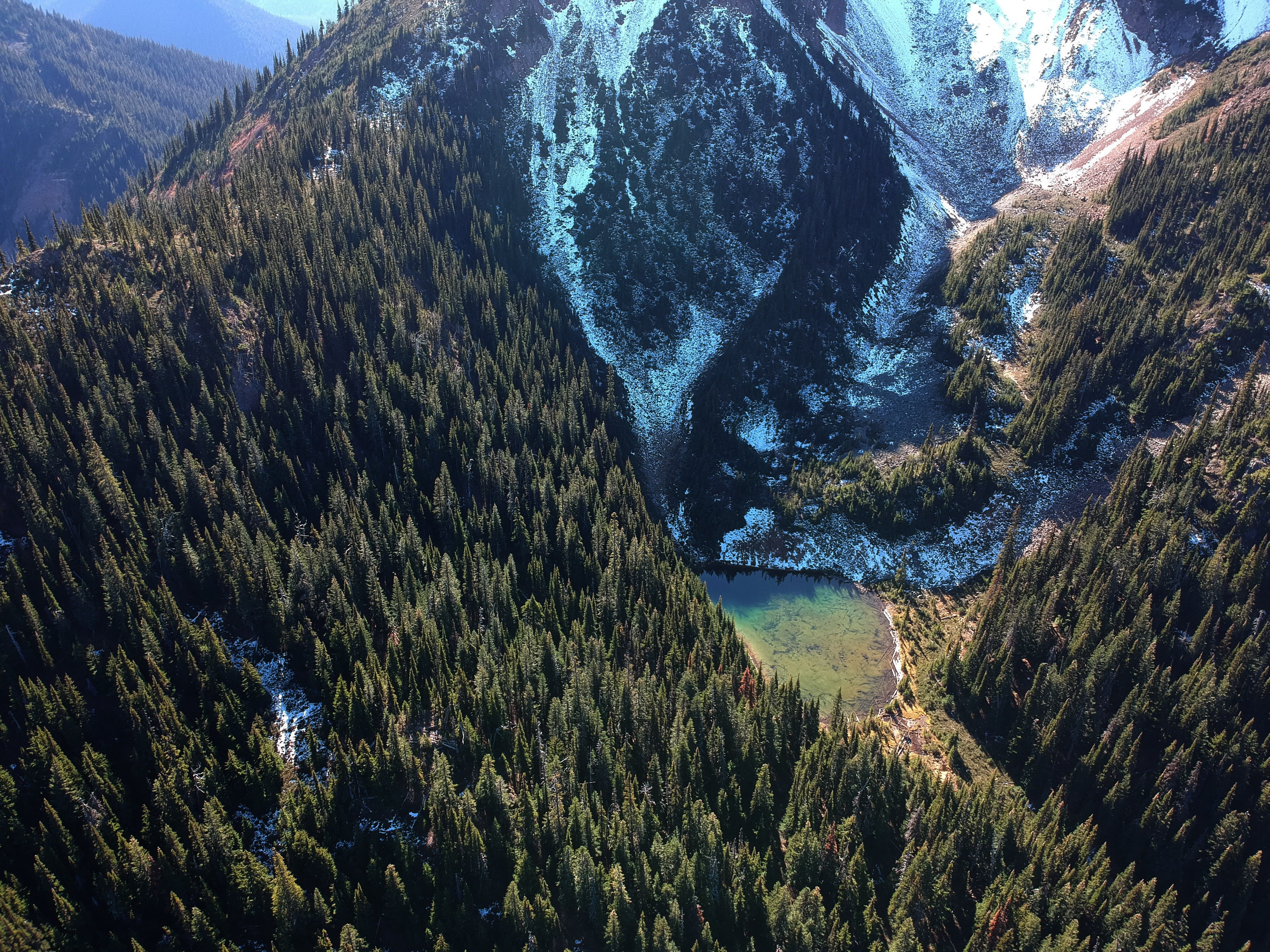 VANCOUVER, B.C. – Today, a coalition of more than 110 conservation recreation and wildlife groups as well as local elected officials, businesses and Tribes and First Nations from both British Columbia and Washington State are redoubling their efforts to oppose a mining permit in the Skagit Headwaters. Over the weekend, members of the coalition launched a paid media print and digital campaign in the Vancouver Sun and Province newspapers calling on Premier Horgan and the BC Government to deny a proposed mining permit on crown land between Manning and Skagit Provincial Parks. To date, nearly 6,000 individuals have sent letters or emails to the British Columbia government and other entities opposing the mining permit.

“The recent threats to the Skagit Headwaters have underscored how important this landscape is to those in British Columbia and Washington for fish, wildlife, clean water, recreation, tribal lifeways and a sustained quality of life,” said Tom Uniack, Executive Director for Washington Wild, a statewide conservation organization who is coordinating an international coalition of Washington based stakeholders and tribes in opposition to the proposed mining and logging in the Skagit Headwaters.

The company proposing to mine in an unprotected area of the Skagit Headwaters, Imperial Metals, was responsible for the infamous Mount Polley mine disaster of 2014, which spilled more than 2.6 billion gallons of toxic sludge into the Fraser River watershed, one of the biggest environmental disasters in Canadian history. The proposed mining activities including creating access roads, conducting surface exploration drilling with associated water supply and catchment sumps, and mechanical trenching over a five-year period of continued disturbance.

“It would be hard to imagine a worse place for a mine than the Skagit Headwaters or a mine company with a worse record to be involved than Imperial Metals,” said Joe Foy, Co-Executive Director of Wilderness Committee. “Even after the largest tailings dam failure in Canadian history, spilling billions of litres of mine waste, tailings and slurry-filled water into Quesnel Lake from their Mount Polley tailings dam in 2014, Imperial Metals has never faced charges or paid a penny in fines.”

These headwaters are unceded Indigenous lands. Upper Skagit, Stó:lō, Syilx and Nlaka’pamux people have accessed the Skagit headwaters forests, meadows and streams since time immemorial for essentials such as clean water, wild foods, old-growth wood and other cultural materials needed for medicines and spirituality.

“The proposed mining in the Skagit headwaters poses a significant and devastating threat to our inherent Indigenous Title and Rights and the fish, wildlife and natural and cultural resources on which our existence is based,’ said Grand Chief Stewart Phillip, President of the Union of BC Indian Chiefs. “We call on the British Columbia government to honour their obligation to our people and preserve benefits for all of us who call British Columbia home, and exercise their authority to deny this permit. We need a provincial government that will stand up for the environment and uphold the UN Declaration on the Rights of Indigenous Peoples.”

The Skagit Watershed is also critical to the health and well-being of the region’s residents and local recreation-based economies. This river and its tributary streams are located near the town of Hope. The current mining and logging threats are located in a “donut hole” of unprotected crown land sandwiched between Manning and Skagit Provincial Parks. Both parks and other recreational destinations like the Manning Resort are major outdoor recreation destinations just a day trip from the greater Vancouver metro area and draw more than a million visitors each year.

“At Patagonia we believe the love for wild places demands a responsibility to protect them. Our responsibility does not end at the border. Destinations like Manning and Skagit Provincial Park in the Skagit headwaters are part of an accessible network of protected lands that connect southwestern BC to our watershed neighbors in Washington state,” said Liz Johnson General Manager of Patagonia Vancouver. “We’re in business to save our home planet. As global citizens, we all need to have a unity of purpose across political lines if we are to protect our only home for future generations.”

“The protection of this area is important not just for the wilderness in British Columbia, but for the aquatic habitat downstream in Washington State,” said Bill Bosch, President of BC Wildlife Federation which works to ensure public access to recreational and outdoor activities, fish and wildlife resources and crown land. “Now is the opportunity to connect this wilderness of international importance that has been delayed for too long."

The Skagit River has its source in Canada but flows primarily through Washington State, winding through the scenic North Cascades National Park, the Mt. Baker Snoqualmie National Forest and through the renown Skagit River Valley before reaching the Puget Sound. The Skagit River provides one third of the freshwater inputs to the Puget Sound and supports the largest populations of threatened steelhead and chinook salmon in the Puget Sound and the largest run of chum salmon in the conterminous U.S. In May, 53 conservation, recreation and wildlife organizations as well as a bipartisan group of former and current elected officials sent a formalcomment letter to the British Columbia government opposing a propose mining permit as part of a public comment period.

“Mining in the Skagit River headwaters is antithetical to salmon recovery and our way of life.  Our subsistence, cultural and commercial activities are dependent upon wild salmon, and are central pillars to Washington tribes’ treaty-protected rights,” said Brian Cladoosby, Chair of the Swinomish Indian Tribal Community and co-author of a recent opinion editorial by Washington Tribes and British Columbia First Nations in the Seattle Times opposing the mining permit in the Skagit Headwaters.

In 1984 a treaty was signed between the City of Seattle (U.S.) and the British Columbia (Canada) government to resolve disputes over Ross Dam and to maintain the environmental integrity of the Skagit Watershed. In addition, it created the Skagit Environmental Endowment Commission (SEEC) to administer this collaborative partnership.  Both governments established SEEC’s primary mission: (1) To conserve and protect wilderness and wildlife habitat, (2) To enhance recreational opportunities in the Skagit, and (3) To acquire mineral or timber rights consistent with conservation and recreational objectives. The letter argues that the proposed logging and mining proposed in the “donut hole” is inconsistent with the spirit and intent of the 1984 treaty. It will have significant impact on the wilderness, wildlife habitat, and fishery resources of the Upper Skagit River.

Please feel free to access any of the photos provided at the following URL (Photo credit for all should be “Wilderness Committee”): https://photos.google.com/share/AF1QipOCp9ZNoTHPBiVHjAbHO4mAVq9YM_hZ8F8LTTBC-6GpunjVIR6ym3h5aZqc_IwD-A?key=ZUpibDhmRkFiS01JLXFVYTFTNERNQms4WU1jVFlB