Opposition to Mining and Logging in the Canadian Skagit Headwaters Coalition 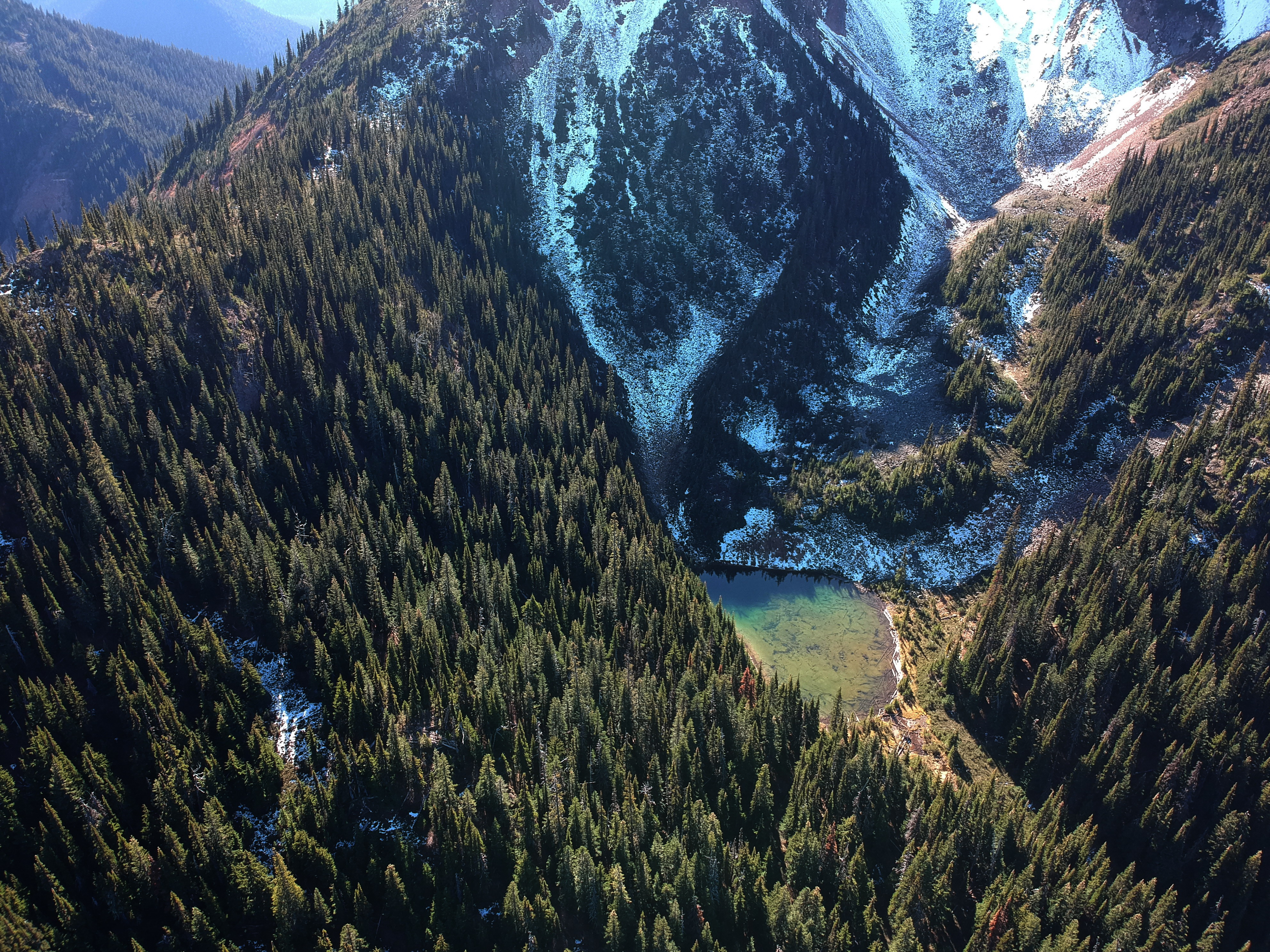 VANCOUVER, B.C. - Today, an international coalition of 140 conservation recreation and wildlife groups as well as local elected officials, businesses and Tribes and First Nations continues to grow to a proposed mining permit in the Skagit Headwaters. A letter signed by 30 British Columbia organizations and local businesses was the latest evidence of opposition to Imperial Metals’ proposed mining permit near Manning and Skagit Provincial Parks in the Skagit Headwaters.

“The opposition to the proposed mine permit in the Skagit Headwaters continues to grow as we await a decision by the BC Government. This latest push is highlighted by British Columbia organizations, outdoor industry leaders and local businesses that would be impacted economically by new mining in this incredible area,” said Tom Uniack, Executive Director for Washington Wild, a statewide conservation organization who is coordinating an international coalition of U.S. and Canadian stakeholders and Tribes and First Nations in opposition to the proposed mining and logging in the Skagit Headwaters.

In June, members of the coalition launched a paid media print and digital campaign in the Vancouver Sun and Province newspapers calling on Premier Horgan and the BC Government to deny a proposed mining permit on crown land between Manning and Skagit Provincial Parks. To date, more than 6,000 individuals have sent letters or emails to the British Columbia government and other entities opposing the mining permit.

The Skagit Watershed is also critical to the health and well-being of the region’s residents and local recreation-based economies. The current mining and logging threats are located in a “donut hole” of unprotected crown land sandwiched between Manning and Skagit Provincial Parks. Both parks and other recreational destinations are major outdoor recreation destinations just a day trip from the greater Vancouver metro area and draw more than a million visitors each year.

“At Patagonia, we believe the love for wild places demands a responsibility to protect them. Our responsibility does not end at the border. Destinations like Manning and Skagit Provincial Park in the Skagit headwaters are part of an accessible network of protected lands that connect southwestern BC to our watershed neighbours in Washington state,” said Liz Johnson General Manager of Patagonia Vancouver. “We’re in business to save our home planet. As global citizens, we all need to have a unity of purpose across political lines if we are to protect our only home for future generations.”

The area proposed for mining exploration is located less than 50 km from the scenic towns like Hope and Chilliwack which are gateways to the popular Manning and Skagit Provincial Parks and a playground for recreation enthusiasts who come to ski, snowshoe, mountain bike, river raft or hike the surrounding majestic mountains and streams.

The company proposing to mine in an unprotected area of the Skagit Headwaters, Imperial Metals, was responsible for the infamous Mount Polley mine disaster of 2014, which spilt more than 2.6 billion gallons of toxic sludge into the Fraser River watershed, one of the biggest environmental disasters in Canadian history. The proposed mining activities include creating access roads, conducting surface exploration drilling with an associated water supply and catchment sumps, and mechanical trenching over a five-year period of continued disturbance. Earlier this month on August 4, the five-year anniversary of the Mount Polley mine disaster came and went with no charges filed against the owner, Imperial Metals. The 2014 tailings dam failure dumped 25 billion litres of mine waste into the Fraser Watershed -- the largest such accident in North American history.

“The B.C. government let Imperial Metals off the hook," said Kai Nagata, Communications Director at Dogwood. "To add insult to injury, taxpayers spent 40 million dollars on cleanup and it still looks like a moonscape. We can't let them do it all over again in the Skagit headwaters."

These headwaters are unceded Indigenous lands. Upper Skagit, Stó:lō, Syilx and Nlaka’pamux people have accessed the Skagit headwaters forests, meadows and streams since time immemorial for essentials such as clean water, wild foods, old-growth wood and other cultural materials needed for medicines and spirituality. The BC Government is currently engaged in formal consultation with 16 First Nations over concerns about the mining proposal.

“The proposed mining in the Skagit headwaters poses a significant and devastating threat to our inherent Indigenous Title and Rights and the fish, wildlife and natural and cultural resources on which our existence is based,’ said Grand Chief Stewart Phillip, President of the Union of BC Indian Chiefs. “We call on the British Columbia government to honour their obligation to our people and preserve benefits for all of us who call British Columbia home and exercise their authority to deny this permit. We need a provincial government that will stand up for the environment and uphold the UN Declaration on the Rights of Indigenous Peoples.”

“Clean rivers and headwaters that provide intact fish habitat are a scarce resource and should be fiercely protected for future generations of outdoor enthusiasts,” said Matt Jennings, Executive Director, BC Fishing Resorts and Outfitters Association. “We cannot afford to allow the Skagit Headwaters to be another statistic of the natural heritage and fish habitat that we have lost to development.”

The Skagit Watershed is a transboundary issue. Potential mining would impact recreational and economic benefits on the Canadian side of the border as well as fisheries and water quality benefits as the Skagit River flows through Washington State, winding through the scenic North Cascades National Park, the Mt. Baker Snoqualmie National Forest and through the renowned Skagit River Valley before reaching the Puget Sound. The Skagit River provides one-third of the freshwater inputs to the Puget Sound and supports the largest populations of threatened steelhead and chinook salmon in the Puget Sound and the largest run of chum salmon in the conterminous U.S.

“In a time of declining wild salmon runs, diminishing biodiversity, marine habitat degradation, and accelerating climate change pressures, Rivers Without Borders promotes and protects the extraordinary ecological and cultural values of the still largely pristine transboundary watersheds shared by the U.S. and Canada,“ said Will Patric, Executive Director of Rivers Without Borders.“ The Skagit watershed is a classic example of the need to look carefully at the impacts of activities like mining and logging both upstream and downstream on both sides of the border.”

In May, 53 conservation, recreation and wildlife organizations, as well as a bipartisan group of former and current elected officials, sent a formal comment letter to the British Columbia government opposing a proposed mining permit as part of a public comment period.

In 1984 a treaty was signed between the City of Seattle (U.S.) and the British Columbia (Canada) government to resolve disputes over Ross Dam and to maintain the environmental integrity of the Skagit Watershed. In addition, it created the Skagit Environmental Endowment Commission (SEEC) to administer this collaborative partnership.  Both governments established SEEC’s primary mission: (1) To conserve and protect wilderness and wildlife habitat, (2) To enhance recreational opportunities in the Skagit, and (3) To acquire mineral or timber rights consistent with conservation and recreational objectives. The letter argues that the proposed logging and mining in the “donut hole” is inconsistent with the spirit and intent of the 1984 treaty. It will have significant impact on the wilderness, wildlife habitat, and fishery resources of the Upper Skagit River.