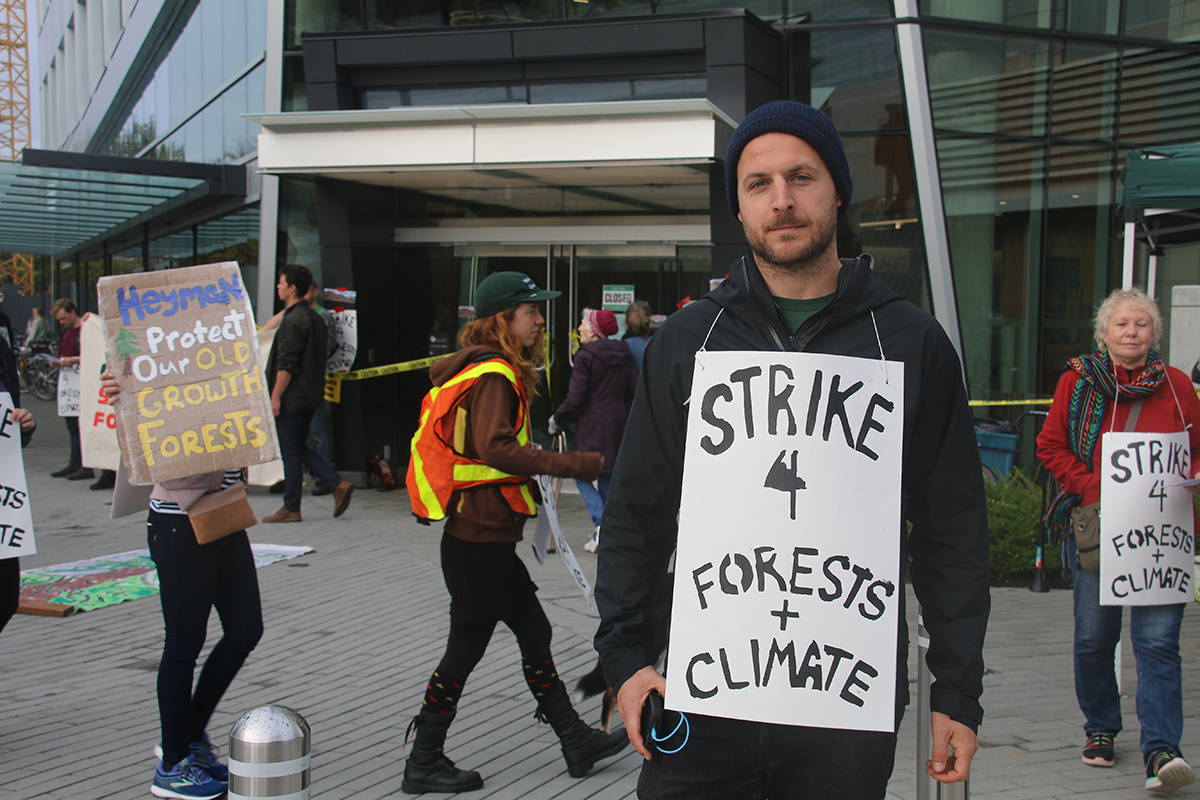 Access to the Ministry of Environment and Climate Change Strategy building was blocked Tuesday morning by a group of about 50 picketers, aiming to emphasize the connection between the forest and the climate crisis.

Activists are asking Minister George Heyman to do whatever is humanly possible to take bold actions in order to pressure cabinet to include the following as key parts of the governments’ climate action strategy; phase out industrial logging of old-growth forests, a transition of control of the forest economy from large corporate tenure-holders to local communities and economic reconciliation that respects Indigenous law, sovereignty and land stewardship practices.

Torrance Coste, national campaign director with the Wilderness Committee, points out the most effective effort humans can make in the face of the climate crisis is simply leaving fossil fuels in the ground.

“Old-growth forests, in particular, are our best weapon and our sturdiest shield,” he says, cut off by the honks of passing cars — an indication of solidarity with the picketers.

Coste, along with many others in attendance, is angry over the way Ministry of Forests, Lands, Natural Resource Operations and Rural Development has handled the old-growth forest on the Island citing a lack of understanding and prioritizing economic gain.

“We’re here outside the Ministry of Environment, instead of the Ministry of Forests because we realize their policy is to get what they can out of the ground and ship it,” says Darren Alexander, with the Juan de Fuca Forest Watch. “George Heyman needs to step up, get involved and intervene.”

A statement being handed out at the picket line emphasized the Ministry of Forest’s dedicated by policy and daily practice to the liquidation of the last old-growth forest.

‘[The Minister of Forest] cannot be trusted with a gift as precious as the last great native forest on earth,’ reads the statement.

The week of action continues:

Thursday, Sept. 26: Divest from TMX: Bank Card Cut-Up, noon until 1:30 p.m. at the intersection of Fort and Douglas streets.

Friday, Sept. 27: Student walkouts at 11 a.m. followed by the Global Climate Strike — asking everyone to walk out of school or work for the afternoon — noon until 5 p.m. at the B.C. Legislature. 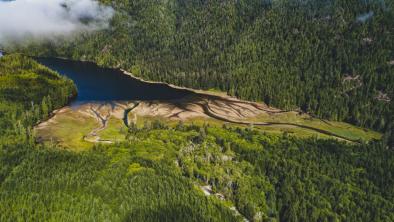