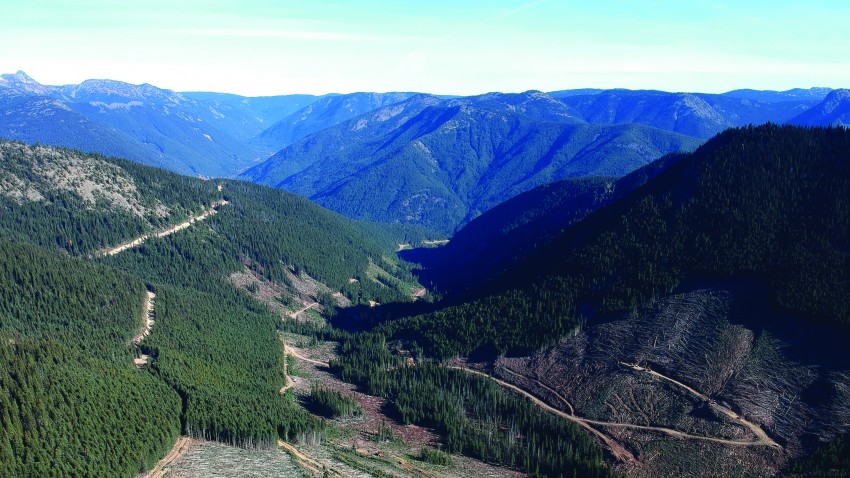 Cross-border concerns about mineral exploration and logging in the Skagit River watershed may put a long-simmering campaign to close a hole in the middle of two provincial parks back on the front burner.

Imperial Metals (TSX:III) has applied to the provincial government for an exploration permit that, if granted, could see the company building an access road and drilling test holes in an area called the Donut Hole in the Skagit River watershed.

While conservationists are concerned about any industrial activity occurring in the Skagit watershed, it appears the most pressing concern isn’t mineral exploration, but logging.

The Wilderness Committee was surprised to learn last year from a hiker that several cutblocks had suddenly appeared in the Donut Hole. The environmental organization has since learned that BC Timber Sales has plans to log several more areas over the next four years. BC Timber Sales is the provincial government agency that manages harvesting on Crown land that isn’t under tenure by forestry companies.

Starting this year, according to harvesting plans, logging would occur on either side of a popular hiking area – the Silverdaisy Mountain trail.

“BC Timber Sales has applied to log the crap out of those two valleys starting this year, and we’ve been speaking to the provincial government, saying ‘You need to stop that,” said Joe Foy, the Wilderness Committee’s national campaign director. “If they got a permit to continue their logging, that Silverdaisy trail would get logged out. That would be a real shame.”

As for the Imperial Metals application, if it is granted, the exploration work planned would have a low impact compared with the logging. It would include the construction of a 500-metre access trail, some trenching and a couple of drill holes.

“It’s in the middle of a provincial park in an area designated as extremely important for wildlife. And it’s smack dab in the headwaters of the biggest chinook producer on the U.S. side, and it’s an extremely sensitive international waterway.”

The area was excluded from provincial park status because there are mineral claims in the Donut Hole, most of them owned by Imperial Metals.

The situation is similar to one in Strathcona Park on Vancouver Island, where an exclusion zone in the very heart of B.C.’s oldest provincial park allowed for the Myra Falls polymetallic mine to be built.

The Wilderness Committee is concerned about the impact of industrial activities on wildlife, including spotted owls. There are also concerns about potential harm to the Skagit River, one of the most popular trout fishing rivers in southwest B.C.

Across the border in Washington state, there are concerns about impacts on chinook salmon.

Until just last year, however, there wasn’t much urgency about the fate of the area, since no logging exploration activity has taken place in the area for at least a decade.

That changed last year when BC Timber Sales began allowing logging to resume in the Donut Hole, which may have paved the way for Imperial Metals to start doing mineral exploration work.

“In the course of that work, apparently, Imperial tell us that they (loggers) uncovered a seam of gold-bearing material,” said Ken Farquharson, a former SEEC commissioner.

Farquharson said the SEEC believes the logging that took place in the Donut Hole last year constitutes a breach of the High Ross Dam Treaty.

The SEEC’s long-term goal is to see the mineral claims acquired and the Donut Hole given provincial park status, said Tom Curley, Canada co-chairman of the Skagit
Environmental Endowment Commission (SEEC), which has been in talks with Imperial Metals about buying the company’s mineral claims.

The more immediate concern is logging. The SEEC is asking the provincial government to halt its logging plans in the area.

“The commissioners are all in lockstep,” Curley said. “We all believe that we would like to see this land return to a natural state so activity on it does not impair activities downstream.”

Last year, the mayor of Seattle wrote Premier John Horgan asking him to direct BC Timber Sales to stop any future logging plans, saying it was inconsistent with a treaty between B.C. and Washington on protecting the Skagit watershed.

The pressure appears to have resulted in at least a temporary reprieve. A spokesman for the Ministry of Forests, Lands, Natural Resource Operations and Rural Development told Business in Vancouver that plans for future logging are now “on hold.”

Imperial Metals did not return calls to Business in Vancouver.