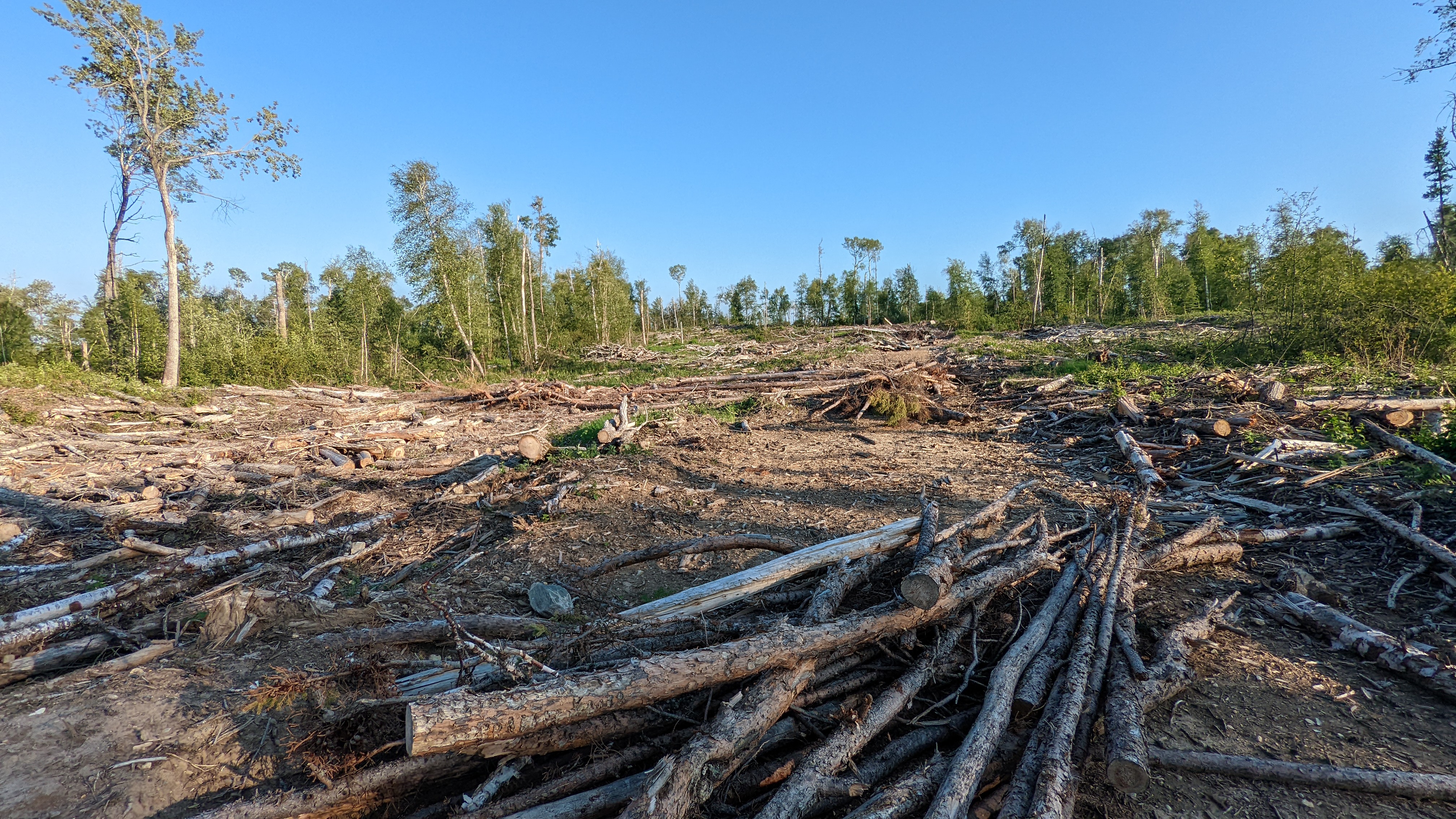 WINNIPEG / TREATY 1 TERRITORY AND HOMELAND OF THE MÉTIS NATION  —  Logging in Duck Mountain Provincial Park was quietly extended for another year by Premier Heather Stefanson’s government on a Dec. 23 announcement, despite logging corporation Louisiana-Pacific not having a valid forest management plan and against the wishes of a majority of Manitobans.

The logging extension was the third by the Progressive Conservative government. It has now been more than 17 years since there was a valid logging plan for the Duck Mountain region.

“This continues to be Manitoba’s shame: logging a provincial park so someone can make a buck,” says Wilderness and Water Campaigner Eric Reder. “Premier Stefanson’s government has added insult to injury by ineptly handling the logging licence and forest management plan approval that has been ongoing for almost two years.”

The Wilderness Committee and countless Manitobans have requested public hearings on Louisiana-Pacific’s controversial logging operations that include Duck Mountain Provincial Park, but the Environmental Approvals Branch has denied the request. An appeal of this decision to Environment, Climate Change and Parks Minister Jeff Wharton was filed in June and there has yet to be a response.

The environmental organization has conducted an extensive audit of the Duck Mountain region over the last two years and documented 40 grievances about logging, care of the park, biodiversity loss and the public process. The audit is scheduled to be released in late January 2023.

“The mismanagement of the Duck Mountain region ranks as one of the greatest ongoing blunders in Manitoba,” said Reder. “The scale and scope of devastation on the ground is heartbreaking. Our audit lays out a path to correct the mistakes and move towards preservation of the Ducks.”

Manitobans continue to call for an end to logging in Duck Mountain Provincial Park. The provincial park is the last park in Manitoba being logged and one of only two provincial parks getting logged in the country.

“The world came to Canada in December to commit to protecting biodiversity and 196 countries reached an agreement. Premier Stefanson’s response is to greenlight park logging of some of the oldest forests in Manitoba,” said Reder. “We should be ashamed of this government.”