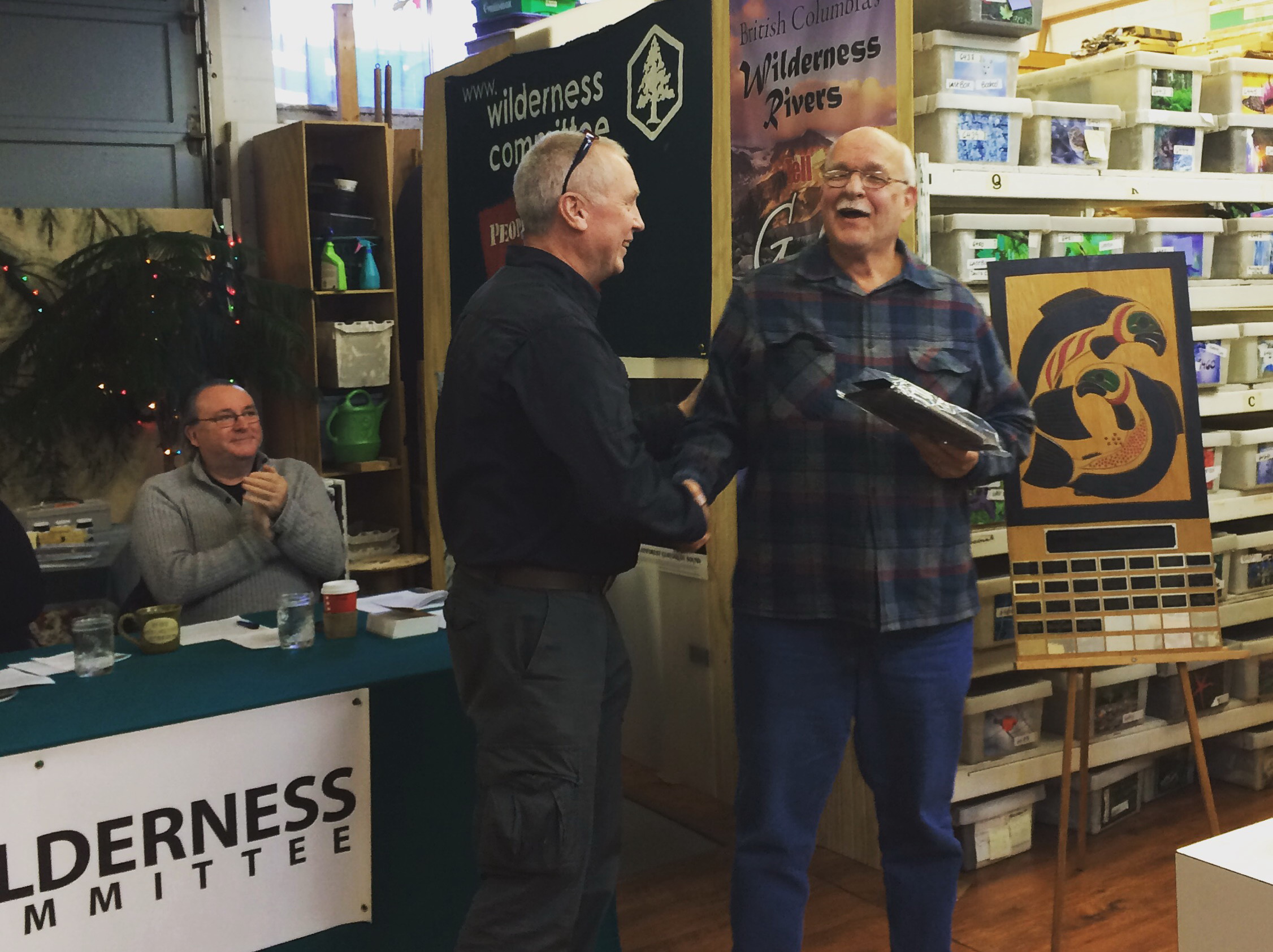 VANCOUVER – The Wilderness Committee is excited to announce that the 2015 Eugene Rogers Environmental Award is being granted to John Snyder, a Comox Valley resident and President of CoalWatch Comox Valley Society.

Under Mr. Snyder’s leadership, CoalWatch has worked with local citizens, business owners, municipal government leaders and environmental groups like the Wilderness Committee to successfully fight off the proposed Raven Underground Coal Mine.

“Working with people like John has been the best part about the fight to stop this short-sighted mine,” said Torrance Coste, Vancouver Island Campaigner with the Wilderness Committee. “I’ve learned a great deal from John’s steady leadership and constant humour, and will always look up to him as a mentor.”

The Raven Coal Mine would see the extraction of 30 million tonnes of coal and rock from a site just five kilometres uphill from Fanny Bay in the Comox Valley. Earlier this year, in the face of widespread public opposition, the proponent abruptly withdrew its application.

CoalWatch and the Wilderness Committee have worked together to host public meetings and other events to raise awareness about the mine since the proposal first surfaced six years ago.

For 23 years, the Wilderness Committee has presented the Eugene Rogers Award to citizens who have gone above and beyond in their efforts to protect the environment and advocate for a better society.

“Local campaigns need a strong local champion, and in the case of Raven Coal, John has gone above and beyond,” Coste said. “We’ve been lucky to work with him to stop this mine, and now we’re honoured to present him with this award.”

The application for the Raven Coal mine hasn’t yet been terminated by the BC Environmental Assessment Office, but both the Wilderness Committee and CoalWatch are monitoring the situation and have vowed to keep up the pressure until the project is taken off the table for good.

“I’d like to thank the Wilderness Committee for its steadfast support on the Raven Coal Mine issue over the past six years,” Snyder said. “The actions of thousands of concerned citizens have prevented this mine from becoming a reality, and on behalf of all of those who have raised their voices, I’m greatly honoured to receive this award.”

Snyder was presented with the Eugene Rogers Award this afternoon at the Wilderness Committee’s Annual General Meeting, along with a $1000 prize.