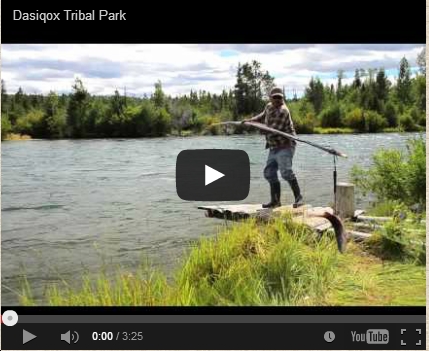 Following the historic Supreme Court of Canada decision in June 2014, which acknowledged Aboriginal Title to 1750 sq. km of Tsilhqot'in Nation lands, the Tsilhqot'in people of Yunesit'in and Xeni Gwet'in have declared a 320,000 hectare area as the Dasiqox Tribal Park. The goal of the Tribal Park is to provide the people with sustainable livelihoods as well as protecting Fish Lake, grizzly bears, and wild horses from industrial exploitation.

This video features stunning images of Fish Lake – which was saved in 2014 from the controversial New Prosperity gold and copper mine – and gives a brief overview of the efforts of the Yunesit'in and Xeni Gwet'in to protect their lands and waters in the Dasiqox Tribal Park.

Learn more about the tribal park initiative at http://www.dasiqox.org/