Endangered sage-grouse numbers on the rise in Alberta and Saskatchewan 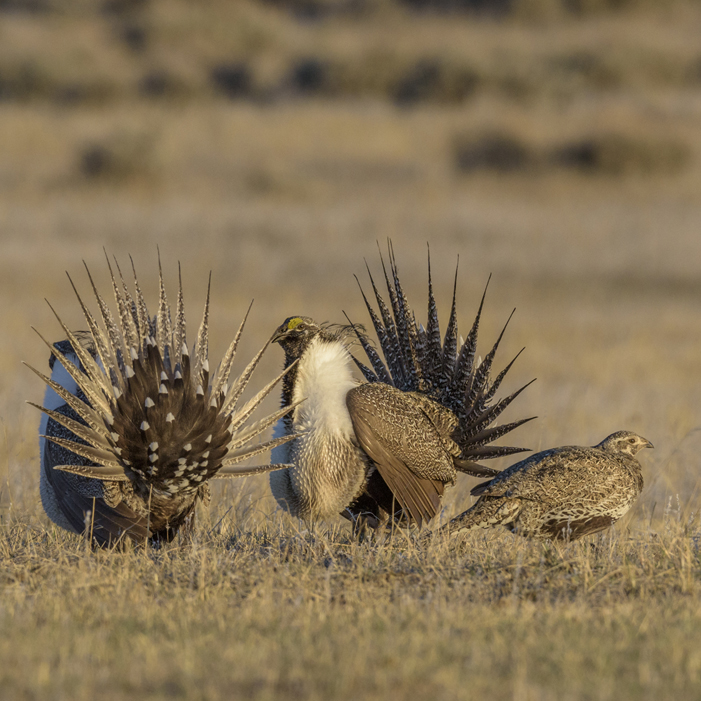 CALGARY — Canada’s endangered greater sage-grouse populations are on the rebound and conservation groups are cautiously optimistic about the increased numbers. Credited with the increase are climatic factors and, as an outcome of the federal emergency protection order, increased attention to remedying this majestic bird’s plight.

In 2014, there were thought to be only 14 males remaining in Alberta, with the total provin­cial population estimated at approximately 30 birds. Only six males were counted at active breeding grounds or ‘leks’ in Saskatchewan.

“This is a strong endorsement for federal intervention under the Species at Risk Act where provincial inaction and poor provincial endangered species laws allow endangered wildlife to reach a crisis,” said Ecojustice lawyer Melissa Gorrie. “The emergency order is doing what it should, protecting sage-grouse habitat from more industrialization and promoting more on-the-ground action to restore damaged lands.”

The failure of provincial laws to protect sage-grouse habitat in the face of rapid oil and gas development was a leading factor in the prairie bird’s dramatic population drop: Between 1988 and 2006, nearly 90 per cent of Canada’s sage-grouse died off.

“Canada’s sage-grouse populations face a long road to full recovery, but these numbers are heartening,” said Mark Boyce, a University of Alberta ecology professor and sage-grouse expert. “The population will require continued protection and active management by the provincial government to build numbers to safe levels.”

The emergency order was announced in December of 2013, after a lengthy court battle that saw Alberta Wilderness Association, Wilderness Committee, Nature Saskatchewan and Grasslands Naturalists — represented by Ecojustice lawyers — challenge the federal government to step up protections for the sage-grouse.

“Just a few years ago, in the absence of any meaningful protection from the provincial and the federal governments, it seemed inevitable that these birds would go extinct in Canada,” said Cliff Wallis of the Alberta Wilderness Association. “But now, we have reason to hope. With the cooperation of all parties, including landowners working to protect the sage-grouse, our hope is that populations will continue to grow.” 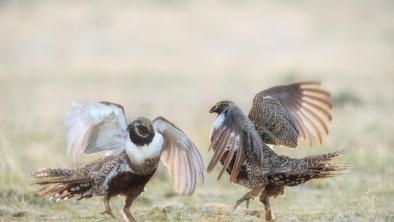 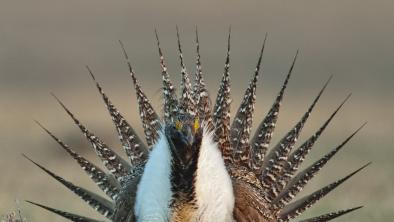 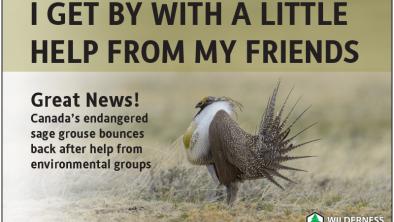