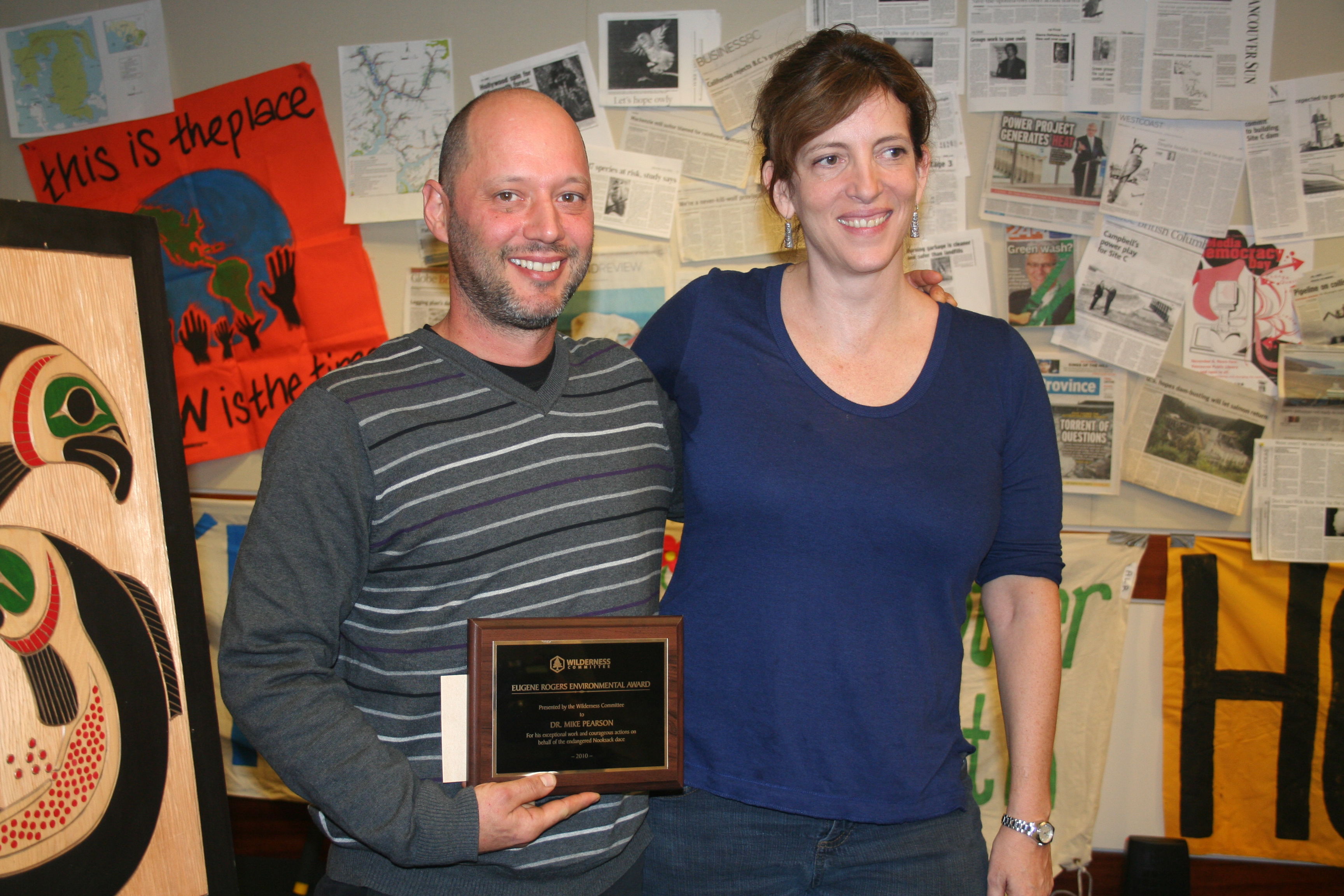 The Wilderness Committee is pleased to announce that this year’s Eugene Rogers Award goes to respected fisheries biologist Dr. Mike Pearson for his work to protect the habitat of an endangered species of freshwater fish – the nooksack dace.
The award is given out annually by the Wilderness Committee to a grassroots environmentalist who has made an outstanding contribution towards protecting the environment of BC. This award has been presented for 16 years and is accompanied by a $1,000 prize.

The award was presented at the Wilderness Committee’s Annual General Meeting this past Saturday at the SFU Wosk Centre for Dialogue, in Vancouver.