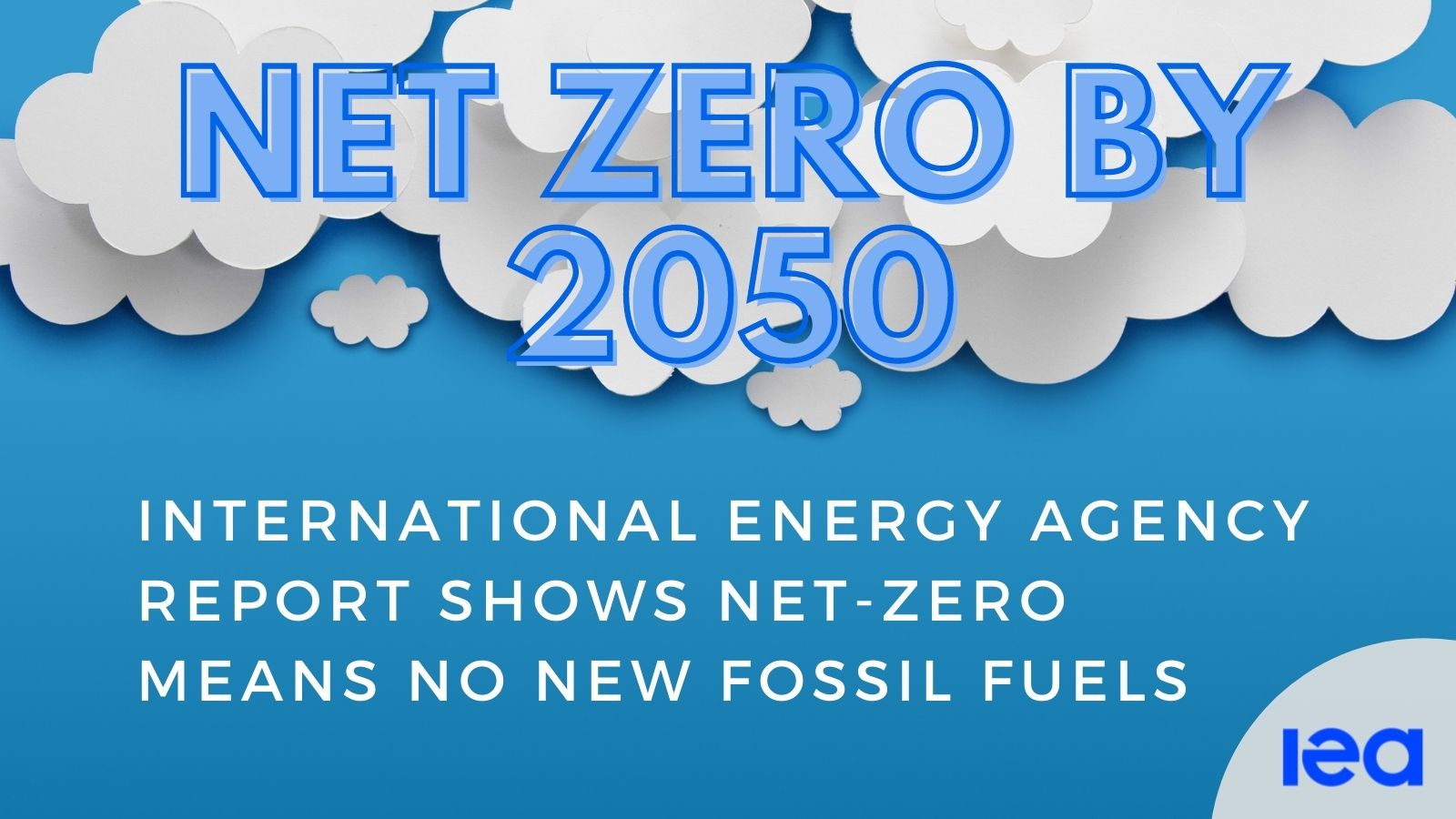 VANCOUVER / UNCEDED xʷməθkʷəy̓əm, Sḵwx̱wú7mesh AND səlilwətaɬ TERRITORIES — For the first time, the world’s authority on energy has recognized fossil fuel projects like the Trans Mountain pipeline expansion and LNG Canada are a waste of time and money if the world succeeds in staving off climate catastrophe.

Today’s report from the International Energy Agency (IEA), Net Zero by 2050: A Roadmap for the Global Energy Sector, shows no new fossil fuel projects should be built as demand for coal, oil and gas falls by 90, 75 and 55 per cent, respectively, over the next 29 years.

“Quite frankly, fossil fuels are over,” said Climate Campaigner Peter McCartney. “It’s time for leaders like John Horgan and Justin Trudeau to stop pretending oil and gas has a future in a world that is working to eliminate carbon pollution.”

Notoriously cozy with fossil fuels, today’s report from the IEA signals a seismic shift for global energy markets. It has consistently overestimated continued reliance on fossil fuels and underestimated growing renewable power use, but its forecasts have often been used to justify new investments in polluting projects.

“Today’s report will reverberate through board rooms and parliaments around the world,” said McCartney. “Governments and companies must reevaluate projects approved on false assumptions of fossil fuel growth like the Trans Mountain pipeline or LNG Canada.”

Far from societal collapse, today’s report details the bright future of a world working towards net-zero by mid-century. Clean energy investments of over $4 trillion dollars per year add four per cent to global GDP in 2030 and create 14 million new jobs in the next nine years. Two million fewer people per year die from air pollution.

“Who wouldn’t want to live in a world with cleaner air, millions of new jobs and more affordable power?” said McCartney. “But we have to bring workers and communities who rely on oil and gas along by planning for this transition together and investing in their transformation.”