Our Changing Seasons: Where trees have stood for centuries in Peterborough and the Kawarthas 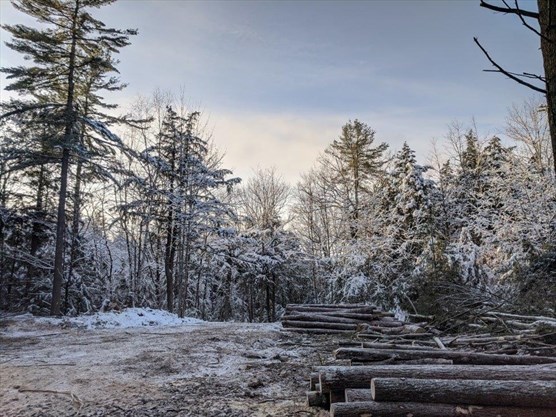 The case for protections for Catchacoma old-growth woods

The Wilderness Committee is an environmental charity that supports people-powered protection of nature. This is the story of our efforts to protect a recently documented old-growth forest near Catchacoma alongside local environmental organizations Ancient Forest Exploration and Research (AFER) and Youth Leadership in Sustainability (YLS).

Have you ever walked in an old-growth forest, a forest that has developed in its own way, under its own laws? It is magical. How do you know when you are in an old-growth forest, you ask? One telltale sign is of course the presence of big old trees (generally, in these parts, that means over 120 years and at least 50 cm in diameter), especially if they are trees that tend to reach maturity only in undisturbed conditions like white pine, sugar maple, eastern hemlock, yellow birch and American beech.

There are other signs. An old-growth forest may be hard to navigate, characterized by uneven ground, due to the "pits and mounds" created from centuries of old trees uprooting, falling and decomposing into rich soil. Old-growth forests are strewn with fallen wood and you can see trees of a variety of ages and sizes. Old-growth forests have an abundance of standing dead trees — the kind covered with woodpecker holes, valuable as shelter for many animals. Mosses and lichen thrive, as do wildlife species dependent on the old-growth ecosystem.

But where to find it?

In these parts of highly developed southern Ontario, old-growth forests are few and far between, and information about their whereabouts can be just as scarce. Ancient Forest Exploration and Research (AFER) is a nonprofit research group that works to identify and educate about old-growth forests with the aim of conserving them.

Such forests deserve conservation for many reasons — for their beauty and the preservation of natural heritage, for their value as habitat and for the recreational, educational and spiritual opportunities they provide. They are an important nature-based climate change solution — providing the double services of both storing and sequestering more carbon than younger forests.

This past year AFER surveyed a forest on crown land in Peterborough County, north of Catchacoma Lake and adjacent to Kawartha Highlands Park — we call it "Catchacoma Woods." AFER used government data to identify the stand as potential old-growth, then the on-the-ground investigations began. A high school class from the Youth Leadership in Sustainability (YLS) program got in on the action, joining our ecologists to learn how to survey forests and determine the age of trees.

On top of that, we found documentation of multiple species-at-risk observed in the area, including five-lined skink, cerulean warbler and hognose snakes. There are likely many more, and extra monitoring work needs to be done. The next largest old-growth eastern hemlock forest is already designated as provincially significant and protected in the Clear Lake Conservation Reserve. We think the Catchacoma Woods deserves the same.

Eastern hemlock is a very long-lived species — they can live up to 600 years, but often are overlooked as old-growth because they are slow-growing, and their trunks may not be that large. Because they don't recover well after disturbance, hemlock is often found in areas that were relatively undisturbed during European settlement hundreds of years ago. Hemlock is known as a foundation species, because it exerts such a strong influence on ecosystems where it grows. The dense cover of hemlock groves provides shelter for deer in the winter and shades and cools streams throughout the summer creating important habitat for cold-water fish species such as brook trout. Hemlock also helps maintain summer water levels in streams by holding spring snowpack longer and reducing summer evaporation.

While studying the forest, AFER and YLS noticed many of the trees marked with yellow lines around the trunks. Concerned, we dug deeper to find out that Catchacoma Woods is licensed for logging and that trees were scheduled to be cut starting this winter. In December, a large access road was built on top of a small snowmobile trail, bringing in gravel and trucks and opening the forest to larger vehicles.

Many trees were cut just for this road-building. In January, logging began and Catchacoma Woods has been fragmented by skidder trails weaving deep into its depths to extract some of the very old trees we inventoried. This just isn't right for such a unique place. It prompted AFER to conduct an analysis of the natural capital, a measure of the value of ecosystem services such as carbon storage and water and air filtration, of the forest if left unlogged versus the timber logging value.

AFER researcher Laura Collings used a tool developed by the Nature Conservancy of Canada to evaluate natural capital and timber market information to find that the value of ecosystem services of the unlogged forest is roughly ten times the value of the timber.
To be clear, the logging happening is not the kind of clear-cut that razes everything to the ground. The forestry company is respected for its management practices — and is certified under the Forest Stewardship Council (FSC) of Canada. But those practices are only as good as the knowledge informing them. This new discovery of endangered old-growth and endangered species means logging needs to halt while further studies are done.

The best sustainable management practices for forests, both international and national, support identifying and protecting old-growth forests, rare forests and endangered species. FSC standards require forest managers to engage actively in seeking out new data about the forests under license and to identify forests for protection. They must consult with scientists, First Nations, recreational users and other stakeholders in determining the path forward for an identified high conservation value forest such as Catchacoma.
A new management plan

The forestry company with the licence to Catchacoma Crown land is currently preparing a 10-year management plan which will need to be approved by the Ministry of Natural Resources and Forestry. This is an opportunity for a new vision for Catchacoma Woods. AFER and Wilderness Committee have contacted the company and the ministry and are asking for the old-growth data produced by AFER to be taken into account in developing the future plans, and that Catchacoma be established as a conservation area. Stay tuned for opportunities for public input once the management plan is submitted to the ministry. We will also be leading a hike in Catchacoma Woods at the end of the month, so you can get the old-growth experience for yourself. For more information please email katie@wildernesscommittee.org. To find out more about AFER's Catchacoma research visit www.peterborougholdgrowth.ca
We acknowledge that Catchacoma Woods is the traditional territory of the Anishinaabe Mississauga, to whom we would like to see management of this land return. 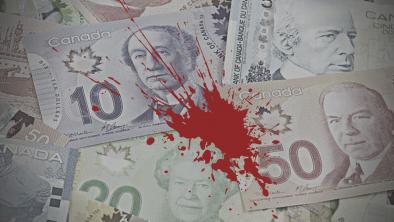 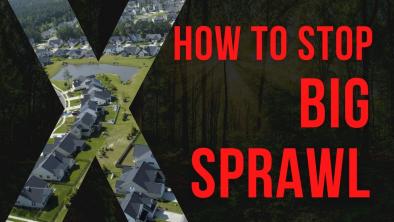 Webinar: How to Stop the Big Sprawl 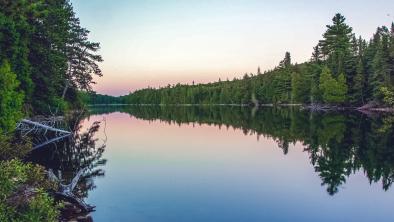 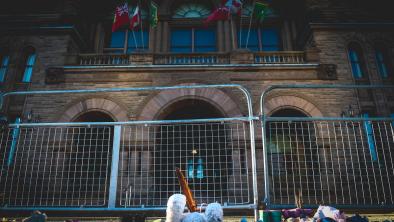