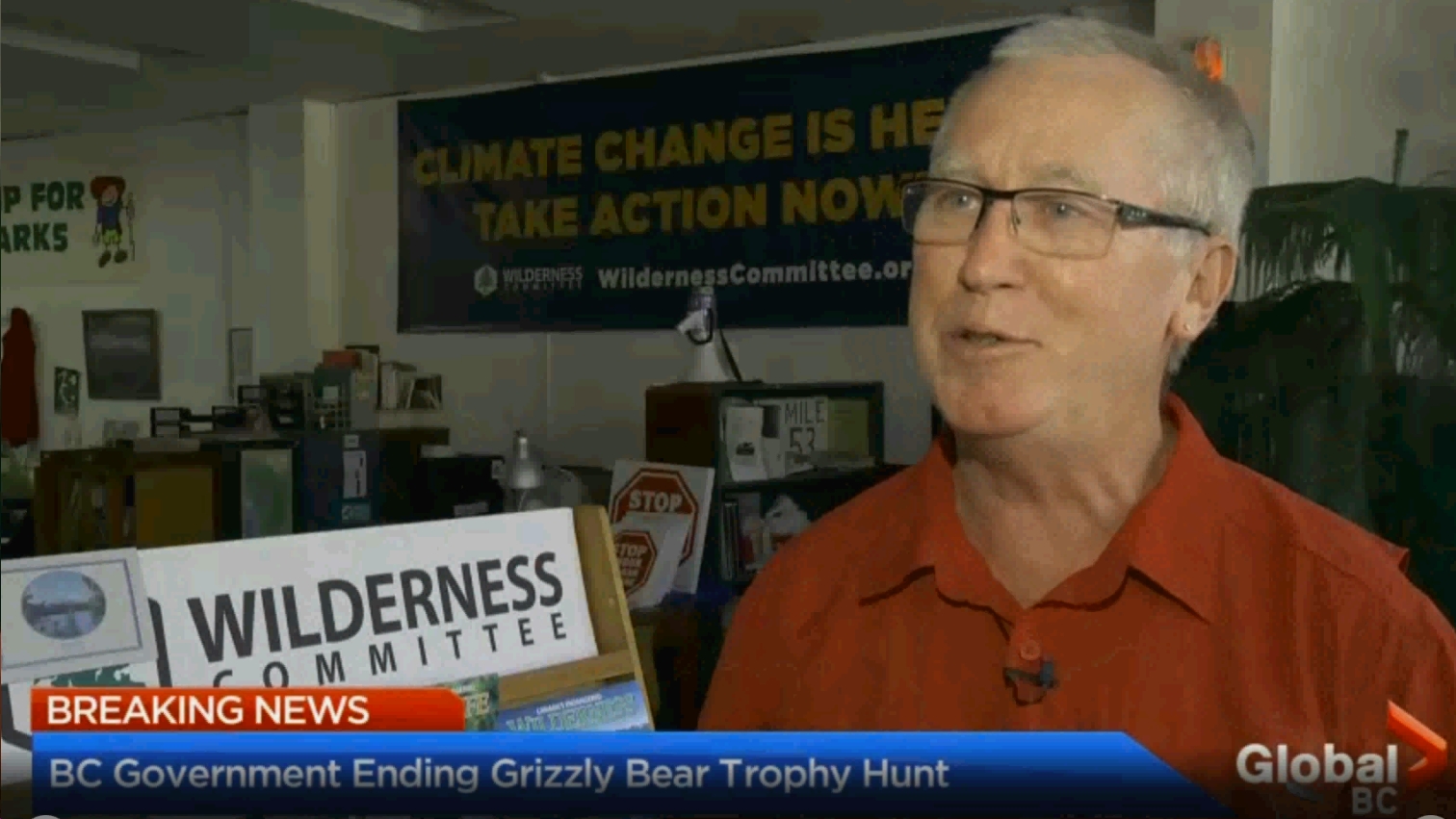 This is a TV news story about the BC government's announcement that the trophy hunting of grizzly bears will cease at the end of November 2017. The Wilderness Committee's Joe Foy is interviewed in this news story.