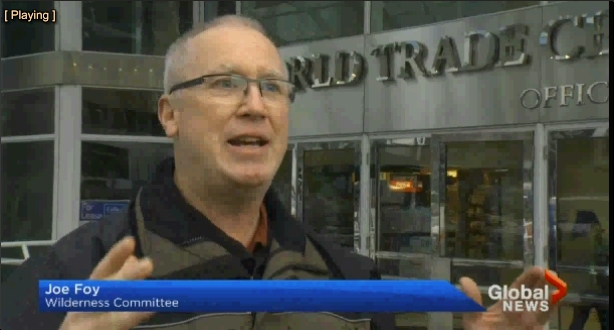 This is a TV news story about a surprise announcement from the BC government that they are banning all hunting of grizzly bears in British Columbia - with the exception of First Nations, who hunt very few. The Wilderness Committee's Joe Foy is interviewed in this news story.