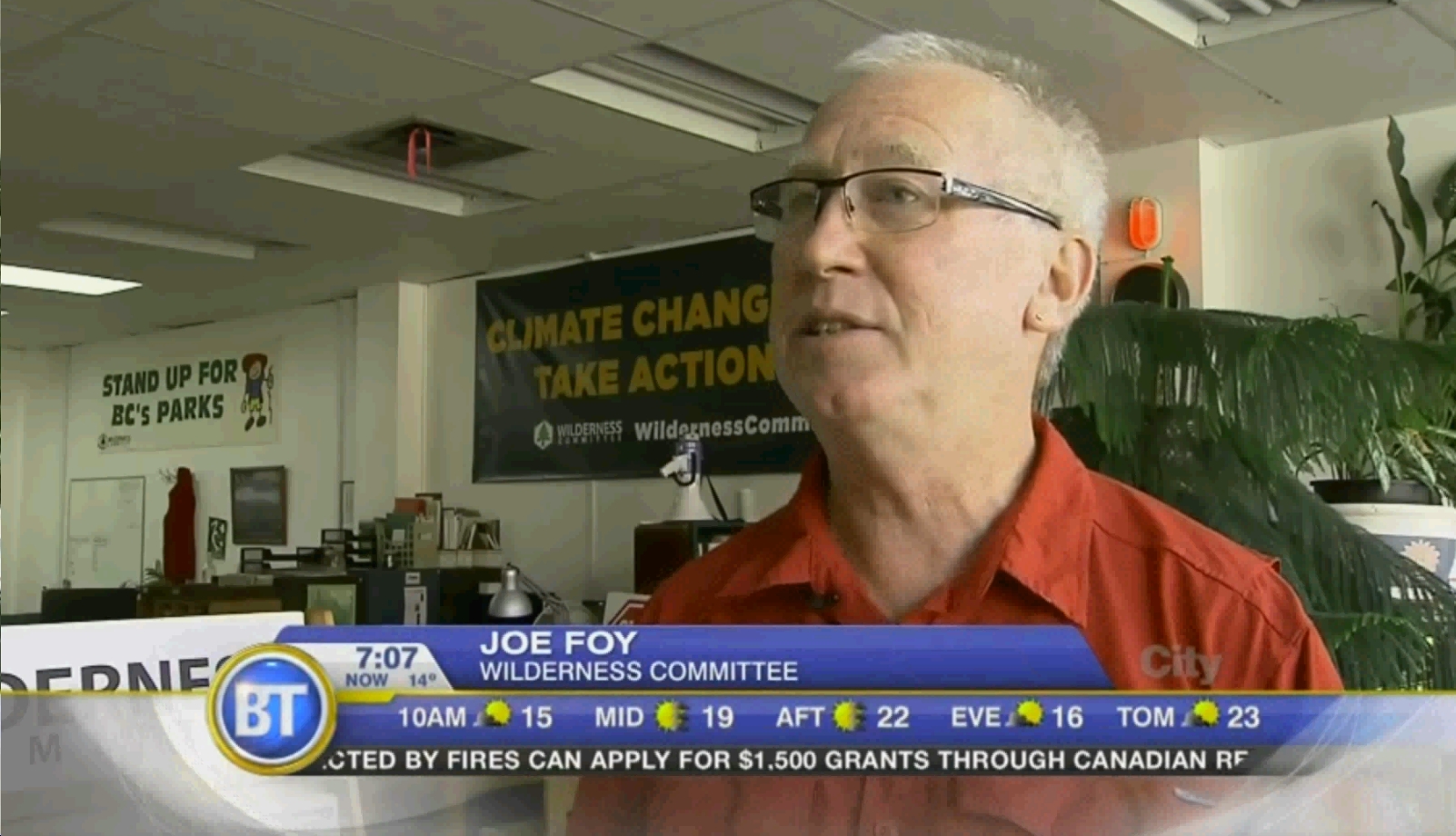 This is a TV news story about the BC government announcing an end to the Grizzly bear trophy hunt. The Wilderness Committee's Joe Foy is interviewed in this news story.