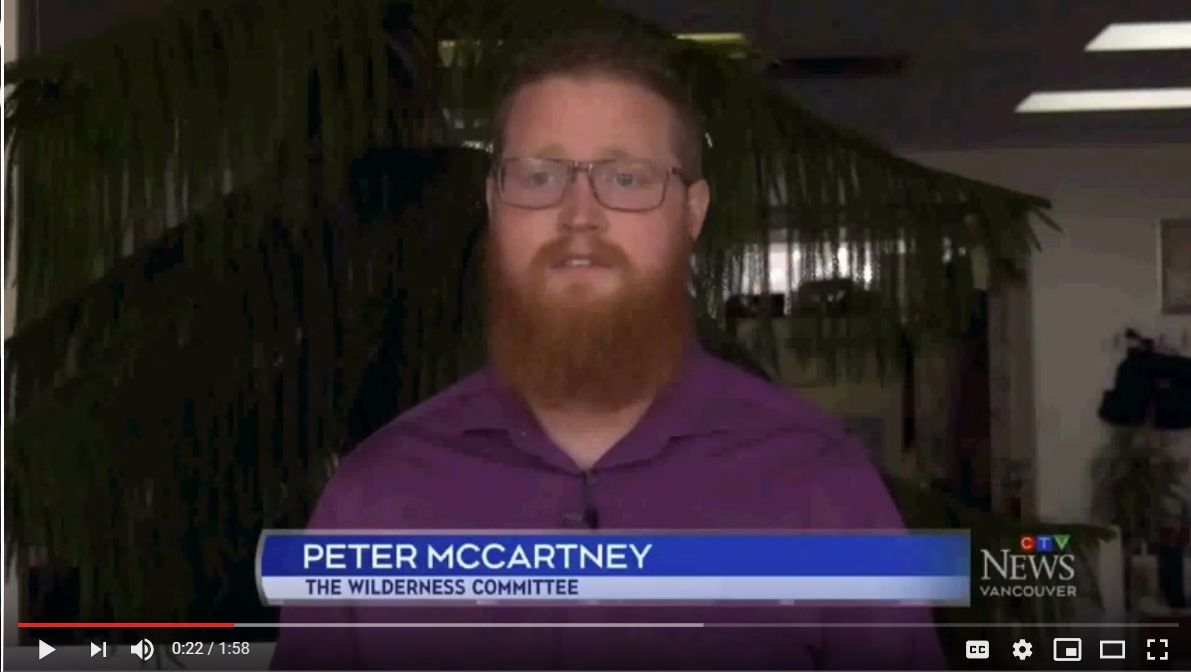 This is a TV news story about growing public concern about how the federal government is handling the rock slide that occured on the Fraser River above Lillooet. The slide has blocked returning salmon headed for upstream spawning beds. The Fraser River supports the largest sockeye salmon runs of any river on Earth. The Wilderness Committee's Peter McCartney is interviewed in this news report and makes the point that the federal department of fisheries has done too little and been too late to effectively deal with the river blockage.