‘We’re at risk of losing a lot of species’: The race to save Canada’s wildlife 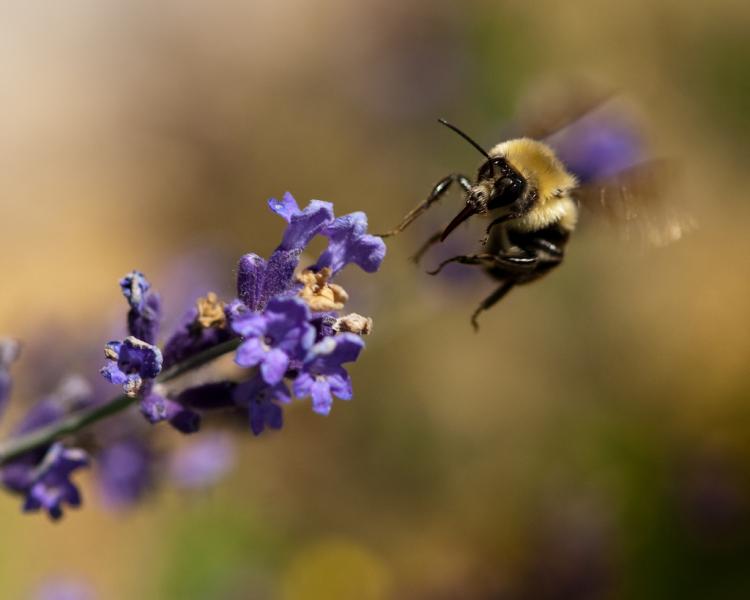 From the mighty polar bear to the wee bumblebee, Canada is at risk of losing its diverse abundance of species as the earth warms up.

Canadian researchers are working feverishly to change our ecosystems’ fates.

“We’re at risk of losing a lot of species,” says Laura Coristine, a 2016 Liber Ero Fellowship scholar and PhD candidate in the University of Ottawa’s Biology Department. “This isn’t something that we need to say, ‘OK ten years from now we’re going to have lost half our species’, it’s ‘how many species will be left for our children?'”

“Will our children’s children have species left? If we don’t start working on the issue now…there will be substantially fewer, and it will be a very impoverished world that we’re leaving them.”

In an effort to slow the increase in global temperatures, Prime Minister Justin Trudeau is in New York City Friday to sign the Paris climate accord. The ambitious accord has more than 150 nations agreeing to reduce greenhouse gas emissions in an effort to halt climate change.

These are some of the at-risk species in Canada

A recent Ontario study warned that polar bears are getting skinny due to thinning ice; another report says they are being forced to swim more, which is particularly hard for bears with young cubs.

Along with the polar bear, ringed seals are another sea-ice dependent animal at risk, Barlee says. And the north Atlantic right whale is highly endangered as the production of their food source, phytoplankton and zooplankton, is reduced due to warmer water.

On dry land the pika, a small mammal, is also at risk, Barlee says, as it scampers north to escape warming habitats.

But some species aren’t moving fast enough as their habitats change around them.

Coristine is working to ease movement and migration for Canada’s species and reduce climate-related wildlife extinction.

“You’ve got two things happening: they’re not moving fast enough as it is, but when there’s habitat fragmentation they go even slower.”
Her focus is to look at the barriers and obstacles, such as highways and other developments impeding the species’ survival and movement, as well as to identify areas that need increased protection.

“Canada has a fairly comprehensive network of observations for climate,” says Coristine. “We’ve got numerous models for predicting as well, so we’ve got a really good data set.”

There are hundreds of conservancy groups working in North America, Coristine says. Working together, they are able identify those key areas, and get the message across to the people, organizations, corporations, and governments who can put their recommendations into action.

Coristine will be working closely with a number of those groups, including the Yellowstone to Yukon Conservation Initiative, Nature Conservancy of Canada, Canadian Parks and Wilderness Society, and the University of Calgary and O2 Planning and Design.