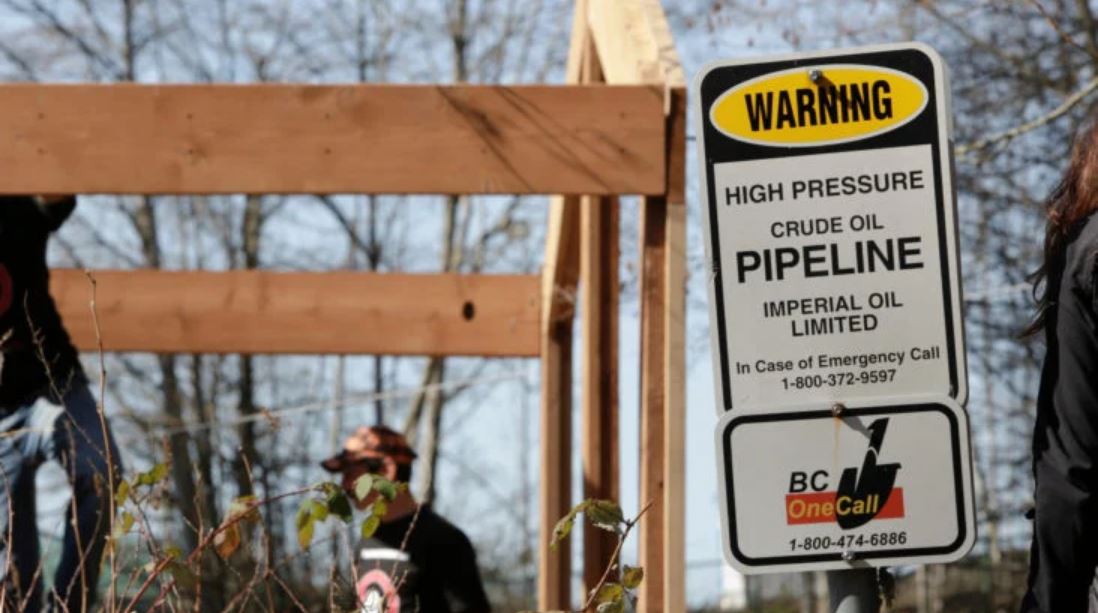 The energy minister of the Canadian province of Alberta, Sonya Savage, told listeners to an oil trade association podcast that the coronavirus pandemic was the perfect time to move forward with the construction of the Trans Mountain pipeline expansion due to bans on large protests, the Canadian Press reported.

Savage also commented that the pandemic had created ideal political conditions for more pipelines, seeing as the public may view them as job-creating energy infrastructure that could help boost the lagging Canadian economy.

“Now is a great time to be building a pipeline because you can’t have protests of more than 15 people,” Savage told the official podcast of the Canadian Association of Oilwell Drilling Contractors on May 22. “Let’s get it built.”

According to the Washington Post, Savage appears to have been incorrect about the protest size limit; Alberta recently raised it to 50 as part of a reopening timeline. It’s not clear whether Savage, a minister in the province’s United Conservative Party-controlled government, meant the remark as a joke — not that it matters. In a statement to the Canadian Press, her spokesperson, Kavi Bal, insisted that everyone, not just protestors, had lost out due to the province’s lockdown measures.

“We respect the right to lawful protests,” Bal told the news agency. “I would note that the limitations to public gatherings… have benefited no one – including project proponents and any opposition groups.”

The Alberta government significantly relaxed regulations on industry in the province during the pandemic starting in March, including suspension of reporting of environmental data. According to the Globe and Mail, UCP Premier Jason Kenney recently relaxed lockdown rules in the province, citing low spread of the virus outside Calgary, just two days after the Alberta Energy Regulator implemented gas and oil “industry relief measures” that expanded the relaxed rules to also suspend “environmental monitoring and reporting requirements, including some of the programs that look at soil, water, wildlife and greenhouse-gas emissions.”

“When I see orders like this I do scratch my head a little bit,” University of Calgary associate professor and environmental law expert Shaun Fluker told the National Observer, adding it was strange that the UCP government issued a blanket exemption rather than case-by-case waivers. “We’re really impairing the ability of the regulatory system to do its job… Without getting those reports, there are risks of not knowing what you don’t know.”

The Canadian government deemed work on the pipeline essential, and Trans Mountain said it has not reduced its workforce on its construction, according to Politico. Opponents of the pipeline told the site that the pandemic has restricted their ability to stage protests and that much of their organising was by necessity being conducted online. Peter McCartney, a climate change activist with the Wilderness Committee, told Politico that a mass demonstration in March had to be cancelled.“Obviously that’s not possible now,” McCartney told Politico, saying that there were still “more distributed, small actions that people can take.”

The United Nations Committee for the Elimination of Racial Discrimination ordered Canada to cease construction on the Trans Mountain pipeline in January, saying that it crossed land belonging to Secwepemc people without permission and could cause “irreparable harm to indigenous peoples rights, culture, lands, territories and way of life.” In March, Canada’s Supreme Court essentially threw out a lawsuit brought by five Indigenous and environmental groups seeking to halt the pipeline in its tracks by refusing to hear their appeal.

“These comments do not come as a shock,” Irfan Sabir, a member of the Opposition New Democrat party, told Canada Press. “The UCP have already used the pandemic as an excuse to suspend environmental monitoring. When combined with the minister’s latest comments, this will harm the reputation of Alberta’s energy industry and inhibit our ability to attract investment and get our product to market.”