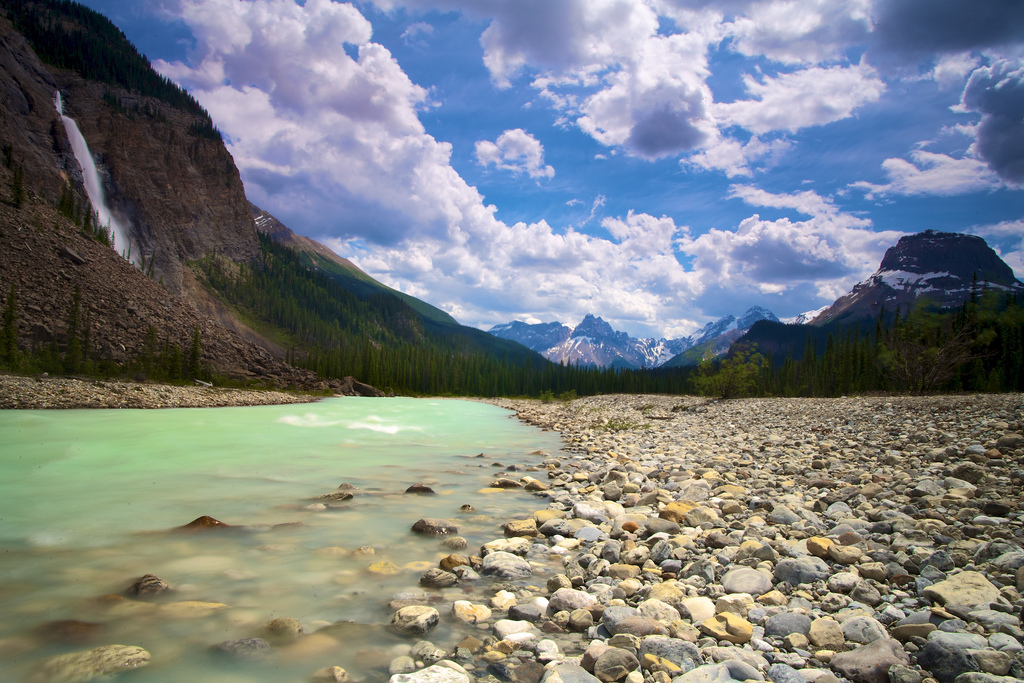 A new law to protect and manage fresh water in B.C., four years in the making, still leaves the thorny question of pricing for a future date.

The Water Sustainability Act, introduced Tuesday by Environment Minister Mary Polak, promises to regulate groundwater, to manage water use during droughts, and to measure large-scale water use. But Ms. Polak has launched another round of public consultation before she’ll ink in fees for water use by major industrial users, including natural-gas companies that use large volumes of water for fracking.

This year, Nestlé Waters Canada will draw an estimated 300 million litres of groundwater for its bottling plant in Hope, producing truckloads of 500-millilitre plastic bottles of “pure, natural spring water.” Like other water-bottling companies using B.C. groundwater, it pays nothing for the resource.

Ms. Polak said the new fees will be designed to recover the costs of regulating industrial water use, and nothing more. “British Columbians have been very clear they don’t want us to sell water,” she told reporters. “We have to be very cautious. We are putting forth the principles, and we’ll see what British Columbians have to say.”

After a 30-day consultation period, Ms. Polak said she will bring proposed fees to the Treasury Board, and hopes to have the whole package ready to implement by next year.

John Challinor, a spokesman for Nestlé Canada, said his company is prepared to pay the cost of enforcement and infrastructure, but he said it’s not possible to set a fair price when the province still doesn’t know how much water it has, who is using it, and how much they are using.

“You don’t know how much water you have to draw on until you have mapped the watershed, to understand what we have. That’s fundamental.”

Since 2009, Mr. Challinor has met with four B.C. environment ministers on the drafting of this act. Each time, he has extended an offer from the industry to pay for an independent study to track water use – data that could be used to calculate the cost of regulation.

No one has taken him up on the offer.

“You’d have to have a consultant, to find out who are all the users, what is the cost of supportive infrastructure, what does the Ministry of Environment need to manage this program, what is the cost of enforcing the regulation. Then, once you know those things, you do the math,” Mr. Challinor said.

Gwen Barlee, policy director of the Wilderness Committee, doesn’t believe the province can properly assess those costs in the next few weeks. “It’s totally inadequate. Thirty days is not enough,” she said in an interview.

She added that the bill, which will replace the 105-year-old Water Act, is an improvement, but she is concerned that the regulations are vague.

For example, the act will allow the province to limit water use if a significant water shortage is declared. That means all users could face potential curtailment during periods of scarcity. Under the proposed law, critical environmental flows will have priority over licensed rights on streams and connected groundwater users, meaning that companies such as Nestlé could see the taps turned off in some circumstances.

But that leaves too much to the discretion of regulators, Ms. Barlee said. Nestlé Canada, in its submission last November, argued that its bottled-water production “should be considered an essential human-need function during times of drought.” Ms. Barlee said the province needs to spell out exactly who and what gets precedence during a drought.

Spencer Chandra-Herbert, the NDP environment critic, called the bill “a watered-down water act,” saying it is not clear whether the ministry has enough staff to monitor the new regulations spelled out in the 148-page law.

“There are real concerns – will they be able to afford to do much of what is being considered with current staffing levels. You are suddenly regulating a whole bunch of groundwater, and we have a ministry with a poor record of compliance and enforcement.”