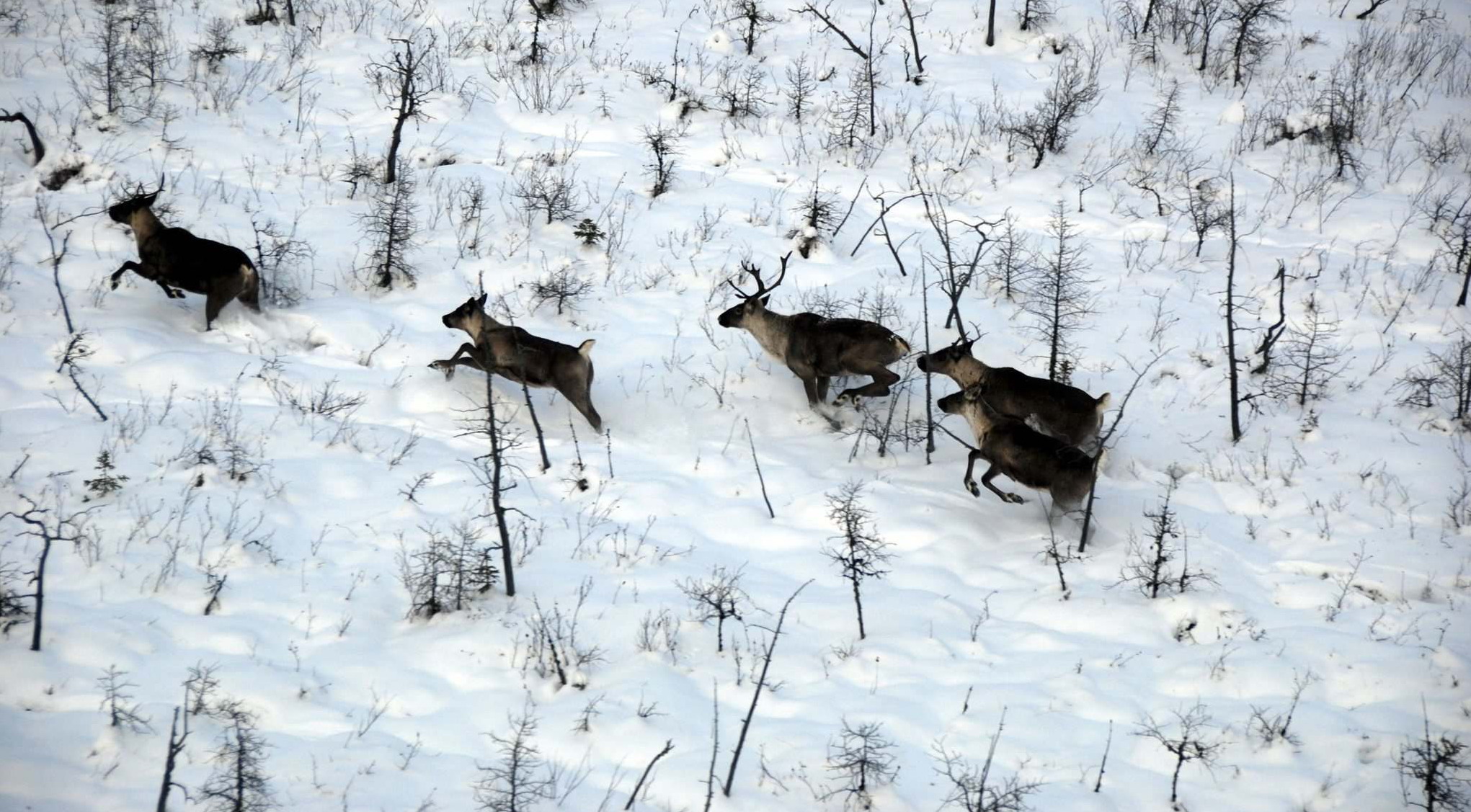 WINNIPEG – As seasonal talk of pulling Santa's sleigh begins, the Wilderness Committee is warning the provincial government that it is running out of time to release 15 federally required habitat protection plans -- one for each of the woodland caribou ranges in Manitoba.

These cousins of reindeer are protected as a threatened species under Canada's Species At Risk Act, and the federal woodland caribou recovery strategy mandates provinces to produce range action plans to preserve at least 65 per cent of woodland caribou habitat by October 2017.

“Caribou are running out of time,” said Eric Reder, Manitoba Campaign Director for the Wilderness Committee. “The provinces have had five years to make plans to preserve caribou habitat, but Manitoba has failed to act. What's really worrisome is in the new Manitoba government’s transition documents. They state that they will not meet the completion date required by federal law, but instead push action plans several years into the future. That is not okay with us.”

Woodland caribou are shy residents of this province, spread sparsely across Manitoba's old-growth boreal forest. There are an estimated 1,500 to 3,500 woodland caribou in the province and the population has declined by roughly 50 per cent in the last several decades. Woodland caribou are sensitive to disturbances such as logging clearcuts, mining exploration roads, and forest fires.

“The Manitoba government allowed the new Canadian Kraft Paper Industries to take over Tolko’s logging area without releasing action plans for the 10 caribou ranges that are affected,” said Reder. “This is a large lapse in caribou care.”

In 2011, the Manitoba government released two draft plans of the fifteen required. Over five years since then, they have yet to release the final version of those two plans, and have not submitted draft plans for any of the other caribou ranges.

“Every year we talk about protecting woodland caribou around Christmas and every year the government fails to act,” said Reder. “Without an immediate timeline from the Manitoba government to produce draft plans for public review, we will have to ask the federal government to step in under the authority of the Species At Risk Act and require them to take this seriously.”