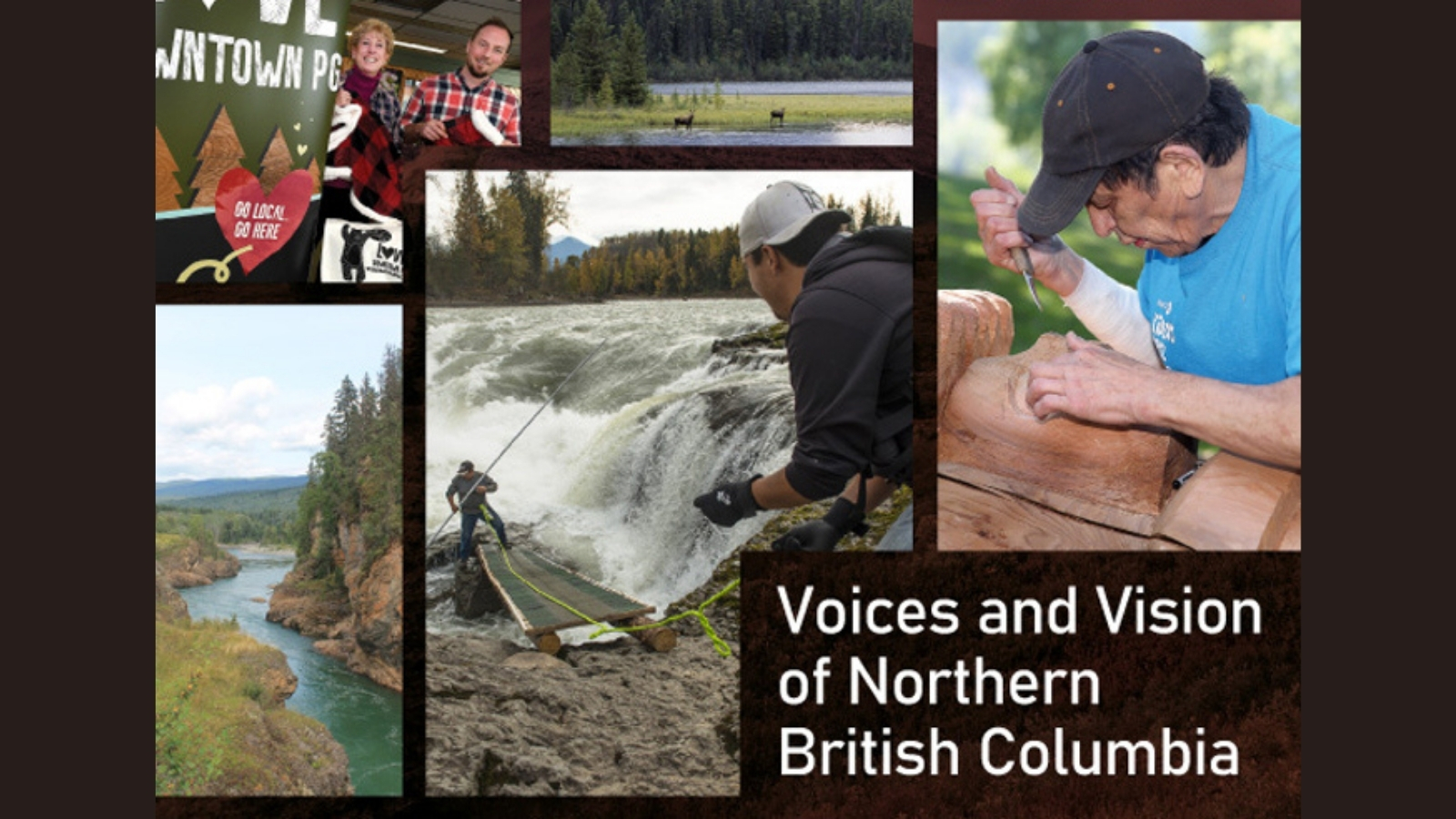 A collage showing an Indigenous person carving, people fishing, moose drinking at a river shore, and people at local shops in Prince George

VANCOUVER / UNCEDED xʷməθkʷəy̓əm, Sḵwx̱wú7mesh AND səlilwətaɬ TERRITORIES — Interviews with 24 Indigenous and local government leaders from across northern British Columbia reveal a region eager for change but in need of support in a new in-depth report published by the Wilderness Committee.

Masters candidate and author of the report Megan Gordon from the University of Northern British Columbia spent six months asking northern leaders what they needed to successfully implement provincial goals around reconciliation and climate action. Northern Vision and Voices: What the region needs to thrive in a changing world is her summary and analysis.

“What we heard is northerners want a new approach to development in the region that values local knowledge and supports local priorities,” said Climate Campaigner Peter McCartney, who managed the project. “These leaders identified enormous opportunities but they need the resources, capacity and decision-making power to take advantage of them.”

Participants had strong words for the provincial government and its colonial approach to the North. They wanted to see profound changes in the distribution of wealth that originates in the region and how decisions are made that affect their communities. The report offers a number of options for public servants and policymakers to change existing power dynamics.

“Northerners have diverse and unique needs and local leaders are the ones who know what’s best for their communities,” said McCartney. “We heard it loud and clear. They want the province to provide funding and then get out of the way.”

While the provincial government has made substantial commitments on Indigenous rights and climate change, it has experienced significant setbacks largely due to conflicting priorities for the North. B.C.’s success in meeting its goals is dependent on its ability to ensure a bright future for the region.

“Leaving people behind is not an option,” said McCartney. “Yes, these issues are complex, but we can have Indigenous sovereignty, a safe climate and thriving communities — we have no other choice.” 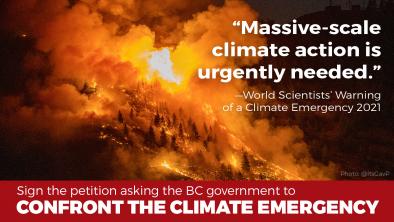 A wildfire background with the words "Massive-scale climate action is urgently needed," and "Confront the climate emergency."
Climate Solutions 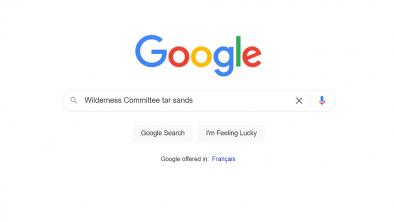 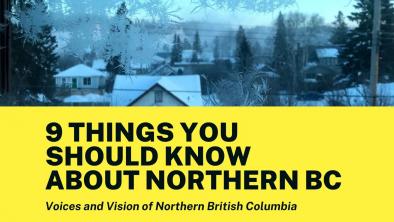 A snowy northern town above, title of the blog below
Fracking & LNG
Climate Solutions