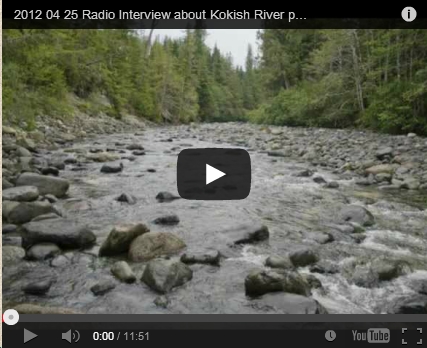 The Kokish is a fish-rich river and Barlee argues that a hydro-power project should not be allowed as it will destroy valuable fish habitat and that private hydro power plants on other rivers have killed fish. A construction company has begun hiring workers to build the project, even though the federal Department of Fisheries has yet to approve it. Mayor Furney supports the project.
More from this campaign