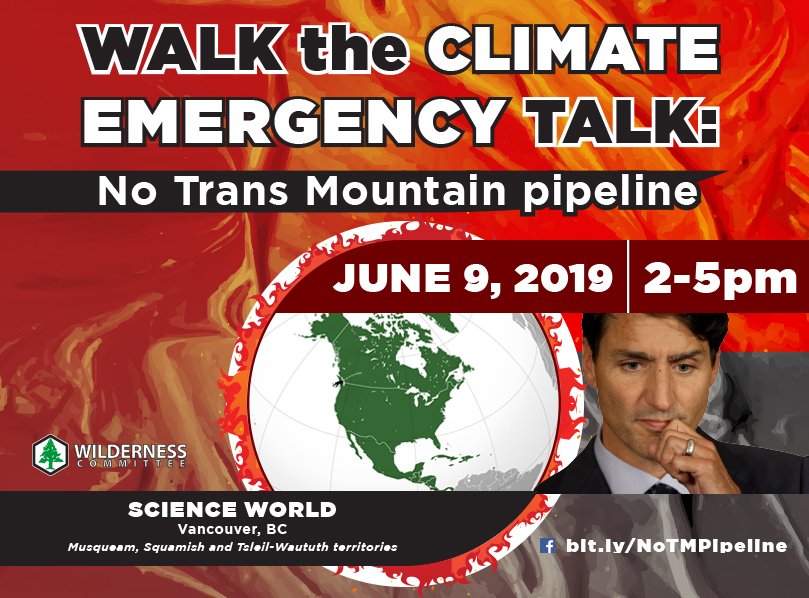 Final decision from federal government to come by June 18, opponents vow to stop project if approved

Hundreds of protesters gathered in Vancouver Sunday to rally against the expansion of a national pipeline, which could get final federal approval this month.

The event, in Vancouver's False Creek neighbourhood, was hosted by a collective of six environmental groups, including the Indigenous-led Coast Protectors, the youth-led group Our Time, and the Wilderness Committee.

Celia Brauer, who founded a watershed society in the area in 2005, said for many people, the greatest fear associated with the expansion of the Trans Mountain pipeline is the danger of an oil spill.

One vessel a day

Tanker traffic from the Westridge Marine Terminal in Burnaby would increase from about five vessels a month to one a day.

"If we had an oil spill anywhere around here, you think it wouldn't affect False Creek?" asked Bauer. "Look at how many people are sitting behind those windows all around here. It's astounding how it would affect this part of Vancouver."

The federal government has promised to announce a final decision on the project by June 18.

The National Energy Board (NEB) endorsed the project on Feb. 22, giving Ottawa a 90-day period to make the final call.

That made May 22 the original deadline to either approve the taxpayer-owned project or kill it outright, but the government decided to take more time to do consultation with Indigenous groups and address environmental concerns.

Protesters on Sunday called on Prime Minister Justin Trudeau to "walk the climate emergency talk" and reject the expansion of the pipeline, which the federal government purchased from Kinder Morgan last summer for $4.5 billion.

This is a Climate Emergency - it's time to act. Tell Canada to Stop the Trans Mountain pipeline and tanker project. Join us Sunday for the climate, for the whales, for the salmon, for the grandchildren - & for ourselves.
2:00 pm, TODAY
Creekside Park, Science World pic.twitter.com/jbOiu07J8o

Chief Judy Wilson of the Union of B.C. Indian Chiefs says elders in her territory east of Kamloops are resolved to continue opposing the project in the event it is approved.

She says the Canadian government does not have jurisdiction over unceded territory — referring to land that has not been surrendered to or acquired by the Crown — and anticipates communities along the pipeline route will continue to push back.

The Vancouver Police Department estimated the crowd at Sunday's protest to be around 500 people. It said attendees were well behaved and there were no issues.

Proponents of the project say that twinning the existing pipeline will inject more than $7 billion into Canada's economy and help with the export of oil to markets around the world.

Last summer, the government hit a roadblock with its plans for the project when the Federal Court quashed its initial cabinet approval of the expanded pipeline.

The majority of Canadians want to build the #TMX pipeline.

Canadians deserve a fair price for our energy, to help pay for schools, hospitals and other public services from coast to coast. pic.twitter.com/j7XqzHqDWw

That forced Ottawa to start over on Indigenous consultation and marine-related environmental assessment.

The NEB was ordered to reassess the pipeline expansion, including the impact of increased oil tanker traffic.

In its February endorsement, the NEB made 16 new recommendations designed to better protect marine life on the B.C. coast, where the line ends. 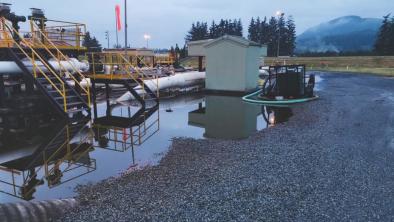