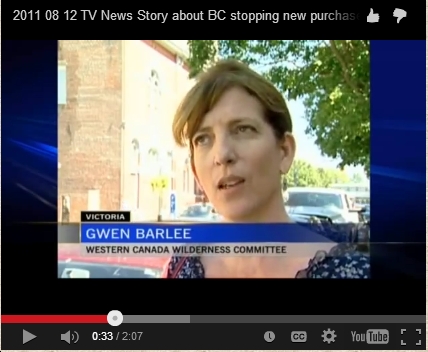 This is a TV news story about the BC provincial government dropping their so called "self sufficiency policy" which had required BC Hydro to sign long-term purchase agreements with private hydro-power companies at rates many times the going rate for electricity. This had resulted in a rush to dam and divert wild rivers throughout the province.