Wilderness Committee submission to the BC government’s climate intentions papers 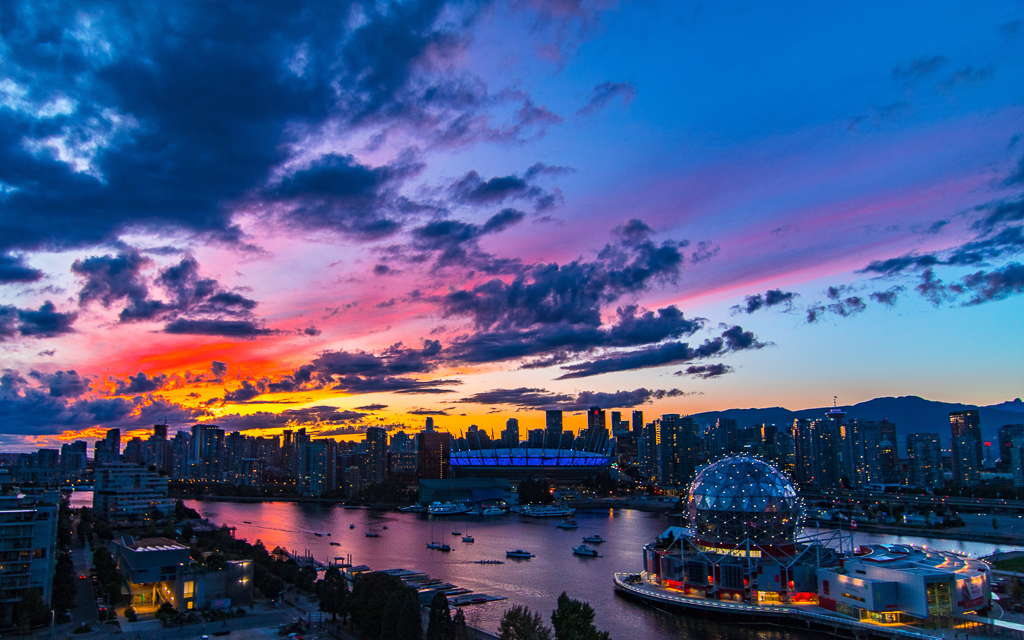 Overall, Wilderness Committee finds the measures proposed in the Clean Growth Intentions Papers underwhelming but we see potential for strengthened ambition as details are solidified. Below is our feedback on the initial strategies the ministry has outlined. We also suggest the ministry add a section on local food security to its efforts in either 2019 or 2020.

Our major concern with the transportation section is the focus on personal motor vehicles as opposed to strengthened public transit. It acknowledges the complexity of the work on clean transportation systems but offers little concrete action on the issue until another section to come in 2019. We hope this delay is being used to allow the ministry to develop a transformational plan to connect all British Columbians with reliable, efficient transit and active transportation options.

Transportation Transformation, a report we co-authored with the Canadian Centre for Policy Alternatives in 2011, suggests BC spend roughly one per cent of its GDP on building this network. Much of this money can be found by diverting funding from urban highway expansion projects which create both emissions and congestion. This must be a central recommendation in a credible transportation plan. Massive transit expansion, cycling infrastructure and better land use planning within the Lower Mainland and Greater Capital Region can significantly reduce personal motor vehicle traffic from these densely-populated regions.

There’s an opportunity with the departure of Greyhound services in western Canada for the BC government to step in and provide rural and inter-urban bus service under a mandate to reduce emissions. If these busses offered bike storage, they could combine with cycling infrastructure in smaller communities to significantly boost both access to services and tourism in rural areas. BC must also evaluate the potential to revive passenger service along the BC Rail Line from North Vancouver to Prince George, the E&N Rail Line from Victoria to Courtenay and Port Alberni and other options for inter-urban rail service.

We highly support a zero-emissions vehicle mandate which phases out the use of gasoline and diesel cars, though we strongly suggest a more ambitious target of 2030 as other jurisdictions have adopted. Additional financial and other incentives for electric vehicles are an effective strategy to support such aggressive targets but the primary goal should be to build a functioning public transportation system.

Interest in electrifying ferries and the emphasis on interconnectivity is encouraging. In a province with adequate regional transit and active transportation options, passengers would not need to bring their vehicles aboard. BC Ferries needs to move away from the model of floating parking lots and prioritize bike and foot passengers as part of an integrated network.

Proposals to electrify ports and develop rail are necessary to reduce shipping-related transportation emissions. However, efforts to revitalize local manufacturing have the added benefit of creating more jobs and value for British Columbia’s resources. Equally important to how goods are moved is the consideration of where goods are produced and, ultimately, how much is being consumed.

With regards to the low carbon fuel standard, we strongly urge the BC government to review the life-cycle emissions associated with different sources of biofuels. Not all renewable fuels are a net benefit for the climate and many have troubling repercussions for natural and human systems. Any efforts towards producing biofuel in British Columbia must focus solely on waste to avoid diverting usable land and materials for energy.

Electrification can provide for all energy needs and biogas harvesting should be limited to methane that would otherwise enter the atmosphere (i.e. landfills and sewage). Forest and agricultural waste has a role in the carbon cycle and the effects of preventing its return to the soil need to be thoroughly studied before any major bioenergy strategy is considered.

It’s disappointing to see this initial intentions paper put off far more relevant aspects of clean transportation in favour of continued reliance on vehicles — even those with no emissions. We can only take it on good faith that these measures and others are coming in 2019, but as it stands this section of BC’s climate plan is woefully incomplete.

Overall, the intentions paper which focuses on buildings contains some positive proposals. Additional financial incentives and energy labelling are important measures to drive the shift to a cleaner built environment. Those programs are self-explanatory so we will not go into great detail about them. One suggestion that has been particularly effective in other jurisdictions is for household and business audits, where a government contractor replaces light bulbs, extension cords, thermostats and even water boilers. Finally, bike storage and electric vehicle charging stations should be mandated for all new and renovated buildings of a certain density.

For existing building stock, we suggest the province use its new energy benchmarking programs to require retrofits for the least efficient structures. This strategy could work directly with large building owners to see significant improvements with comparatively little investment. It would be a shame to implement a program that requires an energy assessment in all buildings but leave it up to the owners to initiate

This paper reports that the highest standards of the Energy Step Code will apply to most new buildings in 2032. If this means that nearly all new buildings will be built to a net zero energy ready standard, that’s an exciting development but we believe the timeline should be more aggressive. Those rules could easily be moved forward even to 2020 when combined with a rapid rollout of the training programs highlighted in section 3.5.

We also suggest the government pursue the use of natural building materials with less climate impact than cement and steel, with a heavy caveat that this effort must not undermine forest or agricultural ecosystems.

Finally, we think the intentions paper would benefit from a section on district energy systems, which are already in use in over 40 places in the province. Heating for neighbourhoods can be provided with waste heat from sewage, and cooling from oceans and deep water lakes. To leave this key tool for reducing building emissions out of the intentions paper is a missed opportunity and we encourage the ministry to work on developing district energy for all appropriate BC communities.

Wilderness Committee has serious concerns with the industrial incentive as proposed in the ministry’s intentions paper. We understand the government’s desire not to disadvantage BC industries in relation to their global counterparts, but we fear the proposed solution will not result in the transformational change needed to build a post-carbon economy.

At current carbon tax rates, the distribution of an additional $5 per tonne each year back to industry seems minor. But SFU economist Mark Jaccard points out that a carbon price would need to rise to $200 per tonne by 2030 just to meet Canada’s tepid commitments under the Paris Agreement. If carbon pricing is to be the key climate policy and prices rise to such levels, the industrial incentive that BC is introducing now will return nearly all of its revenue directly to industry. Anybody who has worked in government knows it will be impossible to remove this program once it’s in place. We cannot allow a situation where citizens are paying heavily to reduce their own carbon emissions while industry pays almost nothing because they’re “the cleanest in the world.”

BC must reevaluate this industrial incentive for its potential to place the burden for climate action entirely on consumers and the possibility that it will undermine the necessary reorganization of our provincial economy over the medium-term. Just because a company can produce the cleanest steel, cement or LNG in the world doesn’t mean it is not still wrecking the climate. If the goal of carbon pricing is to gently but swiftly transition the economy away from polluting activities, then giving exemptions to the province’s biggest polluters is completely unacceptable.

British Columbia is lucky to have a diverse economy in which we have very few industries which face significant competitiveness concerns from carbon pricing, as noted in a 2015 report from Canada’s Ecofiscal Commission. These few industries produce a vastly disproportionate 22 per cent of BC’s greenhouse gas emissions compared to their small contribution to BC’s GDP — just two per cent. We should not, therefore, be designing our climate policy to shelter them from the reality of the pollution they’re creating, but should instead use the money they will pay in carbon taxes to foster new sustainable industries which can take their place. Our goal should not be to produce the best dirty fuels and materials in the world but instead to replace them with innovative clean technologies the province is already a leader in.

These are three reports which I believe will be useful in setting the priorities for the provincial government’s climate plans.

Ready to submit your own comments to the BC government? Email clean.growth@gov.bc.ca 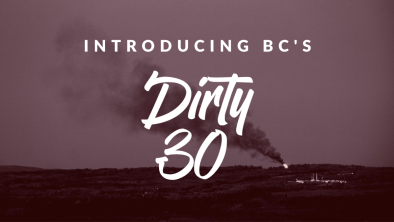 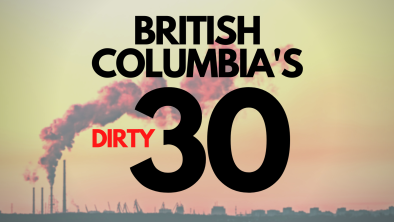 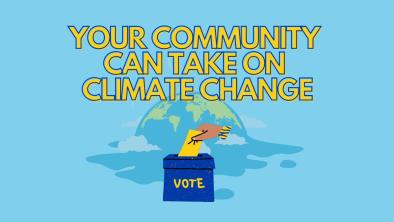 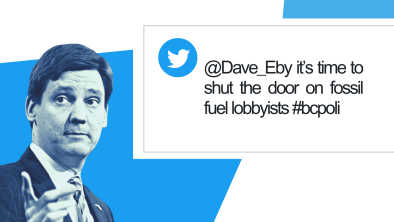